Early Spring at The Battery 2018

Early Spring. This may sound funny, but until I took Dr. Iversen's Herbaceous Perennials course at Farmingdale State College, I did not know that there was an early, mid and late season for every season, and that you could break these periods into months as follows:

Although perennial bloom times vary depending on environmental and biological conditions, you can roughly categorize the bloom time as occurring in one of these slots. Bloom period can be brief (for example, a Crocus only blooms late winter and begins to fade in early spring), or prolonged, depending on the specific nature of the plant. After the flowers fall off, seeds are formed and sometimes these seeds become fruit that we can eat, and sometimes seeds are made to blow in the wind, or be eaten by birds. Sometimes we don't want a plant to seed because we don't want it to spread, but other times, we want the plant to spread around the bed, so we leave the seeds as they are. It depends on the individual plant you are dealing with, the garden space you have, and your vision for your garden.

In Piet Oudolf's naturalistic design style, plants are allowed to merge with each other and seed to a certain extent. But once a certain species takes over at the expense of another, and thus threatens the overall design, we as gardeners have to reign in the dominant species, either by removing excess plants, or by removing seed heads before it spreads.

The following are images from Early Spring (March 21-April 21, 2018) at The Battery. The snow is mostly gone for the year, the first wave of bulbs are tired, and a new round of growth is occurring: tulips, Virginia bluebells, magnolias, cherries...it feels as though winter is finally over. 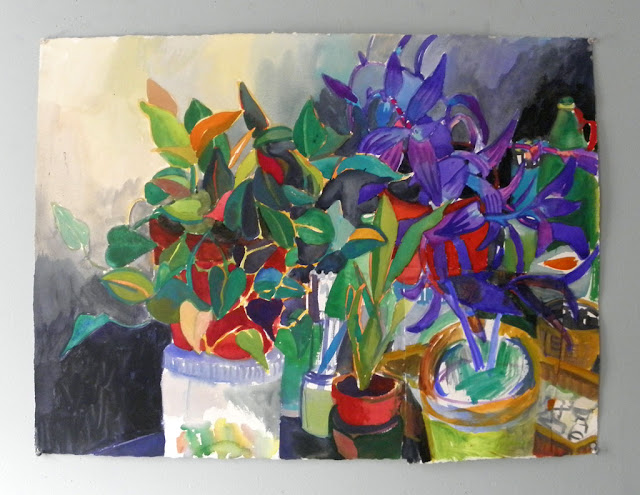