This fall, I had the pleasure of taking over the Bushwick Daily Instagram account. Twice a day for a week, I shared photographs of the fall foliage and weeds in my neighborhood. This task put me to work as a burgeoning horticulturalist/landscape designer as I only knew a few plants (after the next few semesters, I can probably name more). The Instagram Take Over was well received (here is the write up!). One person commented that she had never noticed how pretty our "hood" was. Here are the photographs, the weed ID's, plus a few more thrown in for fun.

The Bushwick trees and shrubs were shot over the course of a few days. When I got the OK to take over the Instagram account, it was already the first week of November; leaves were starting to fall. I rushed to snap as many fall foliage shots as I could before the temperature, and leaves, fell. #FallFoliage 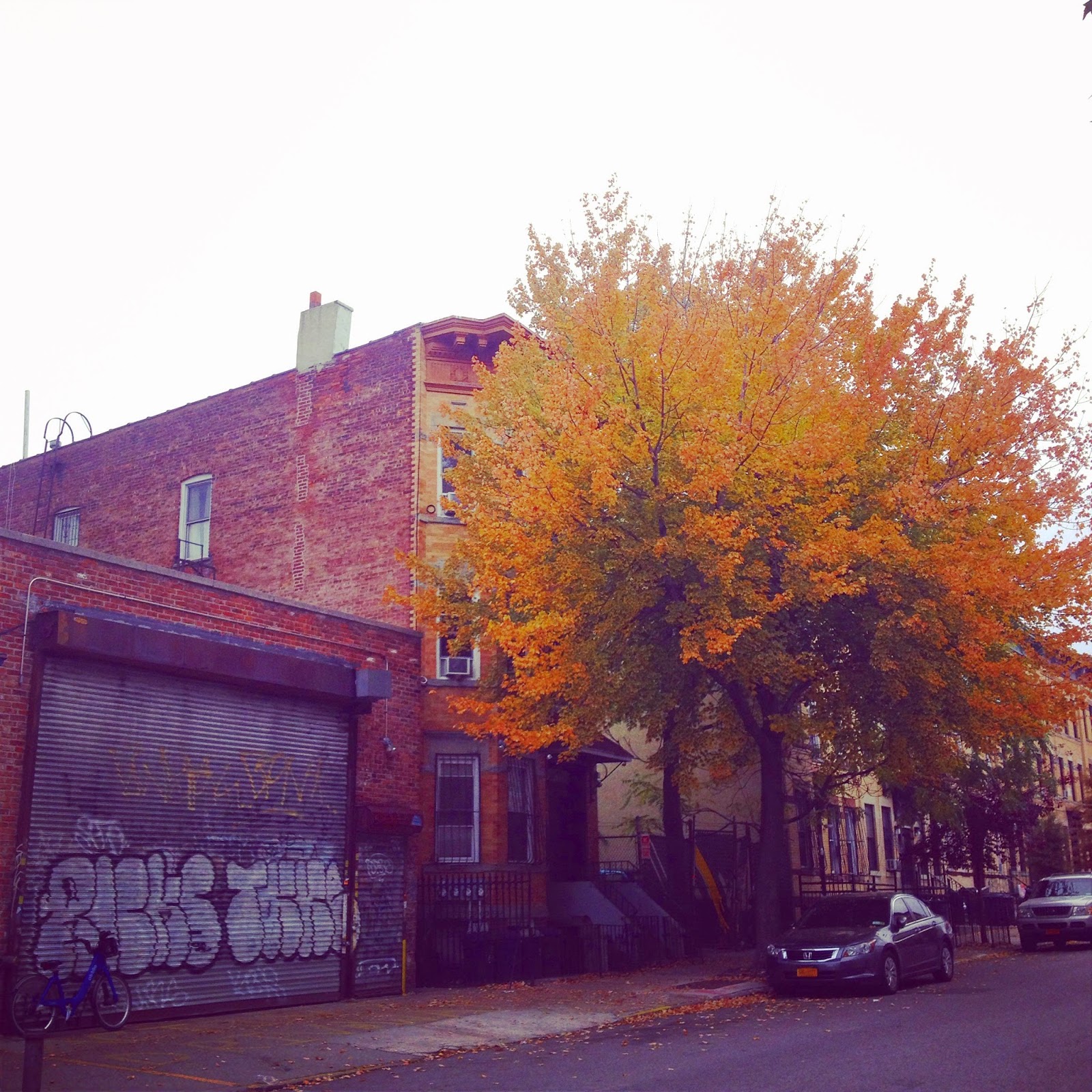 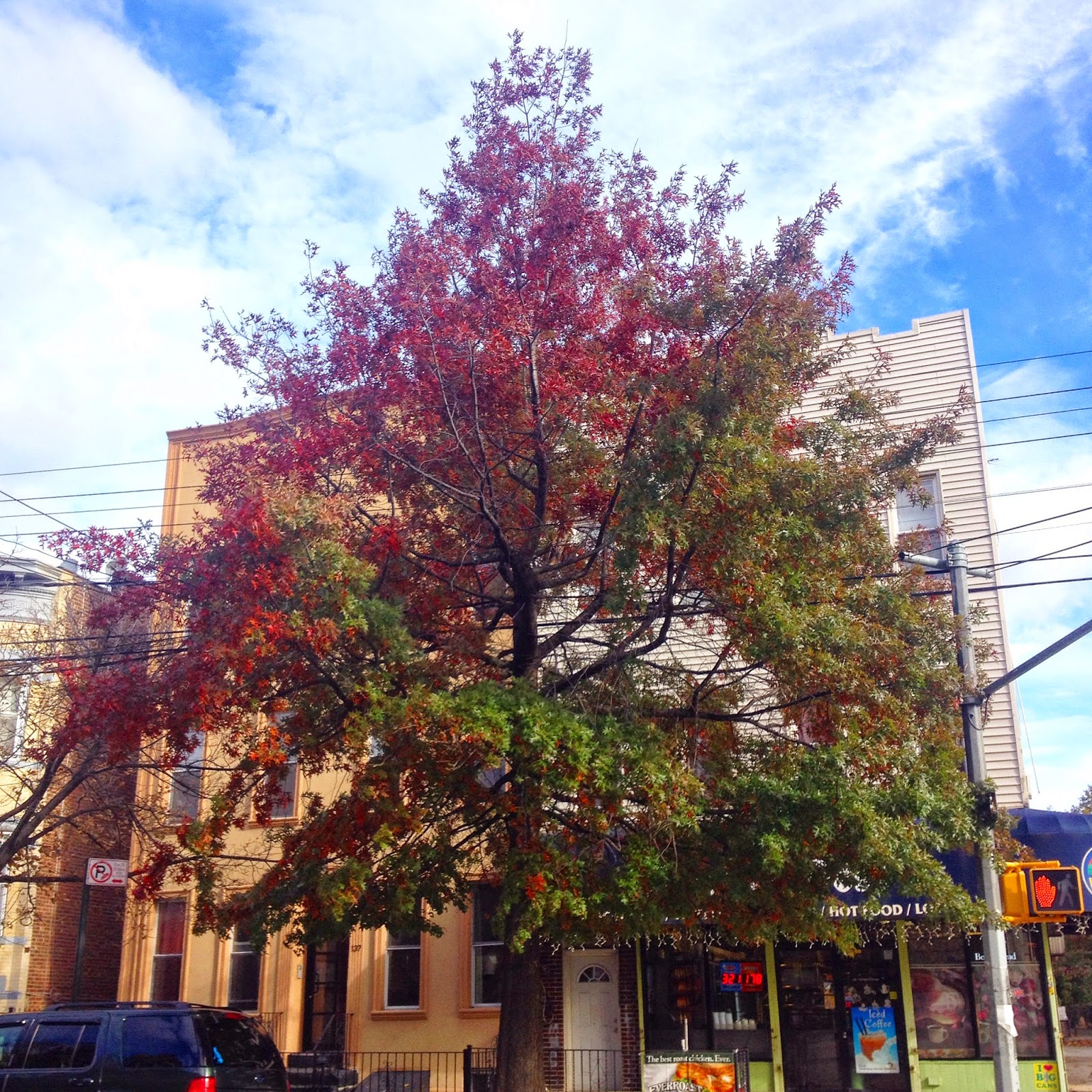 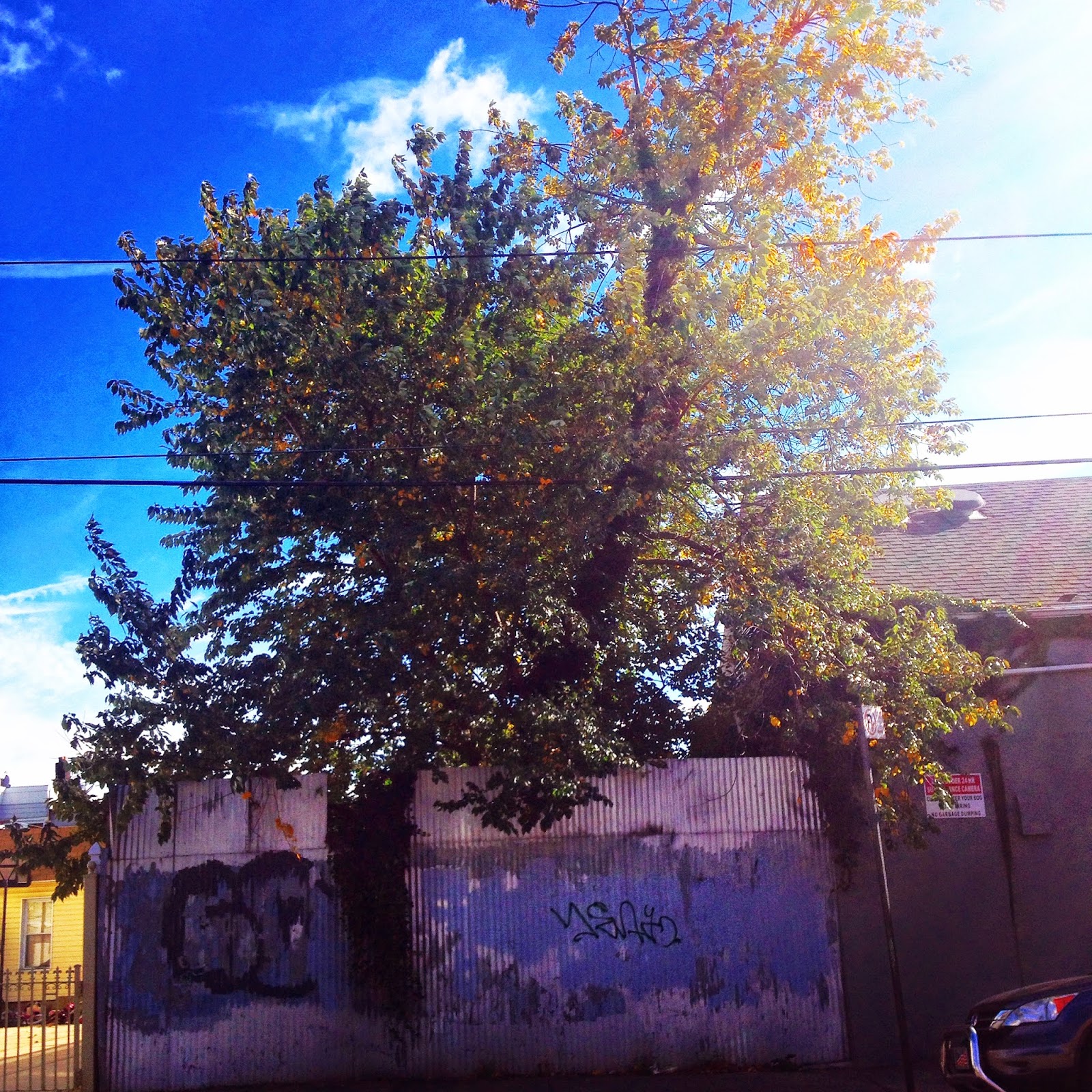 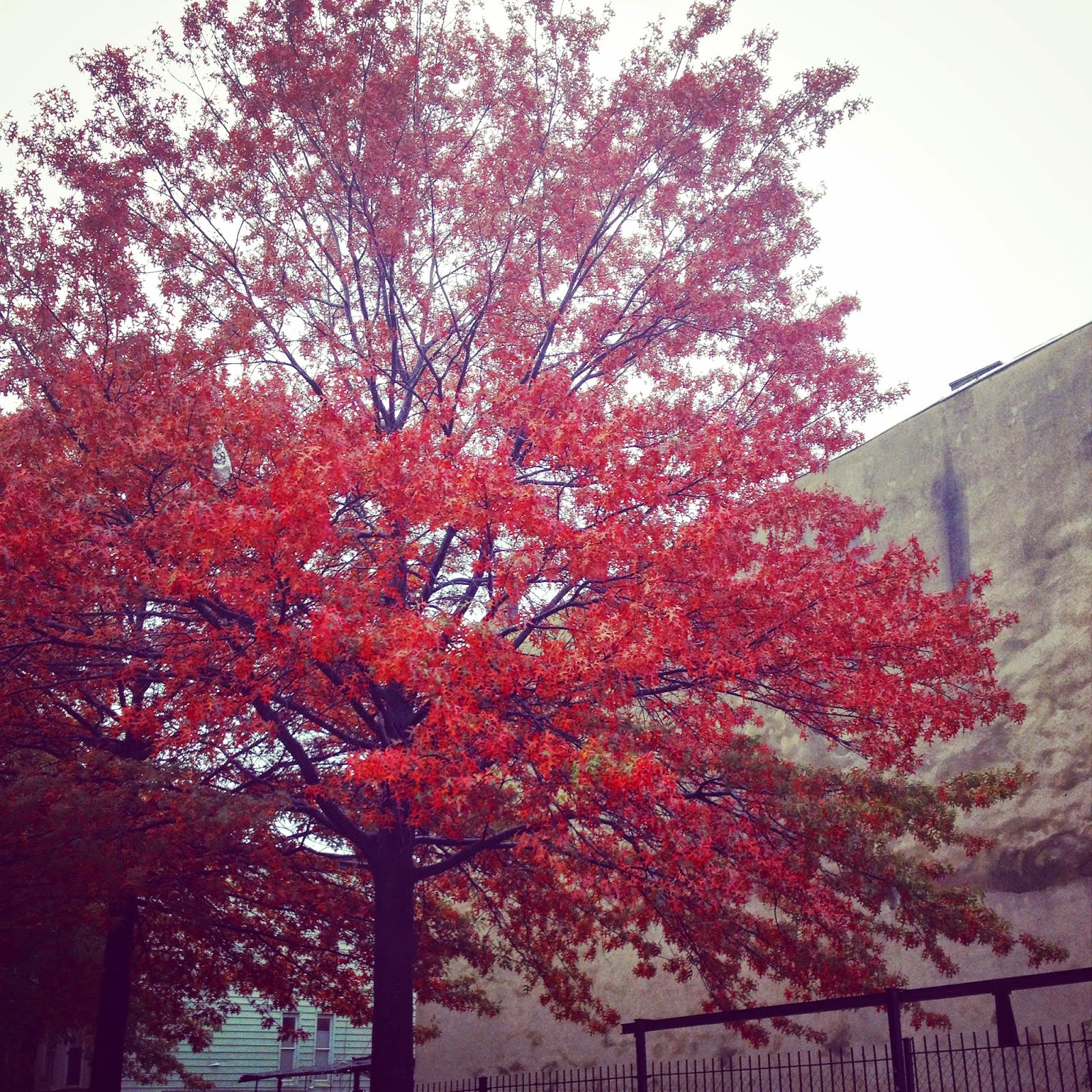 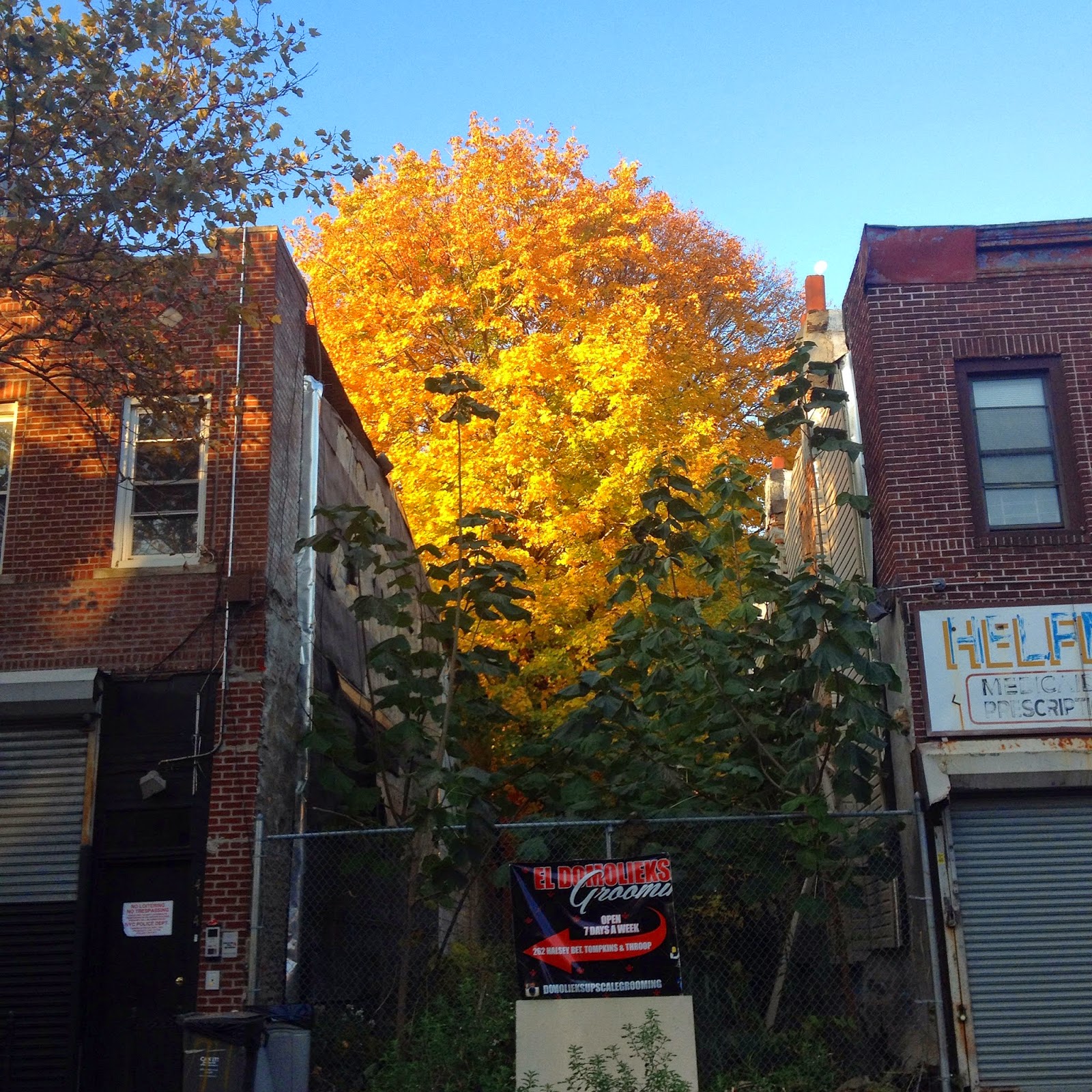 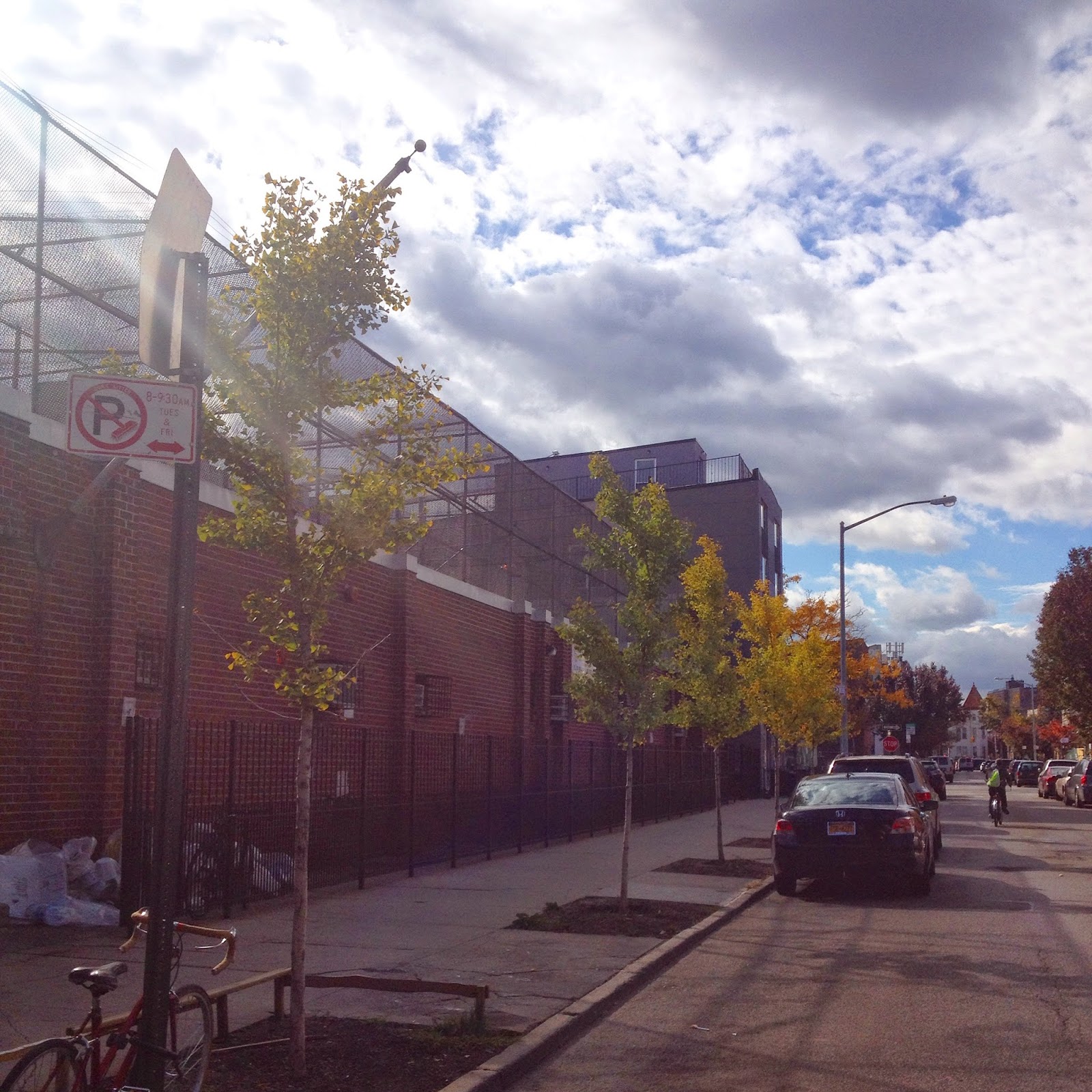 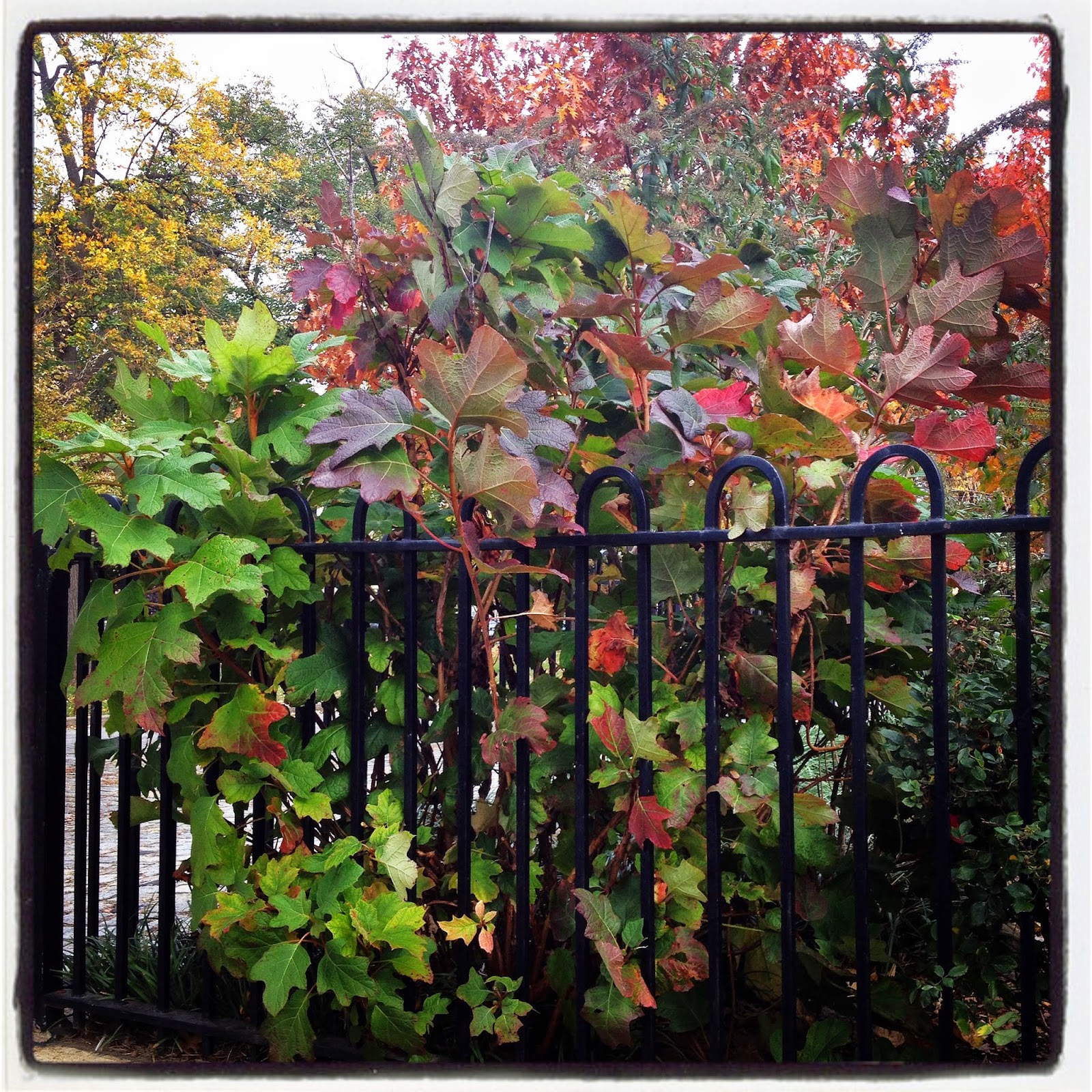 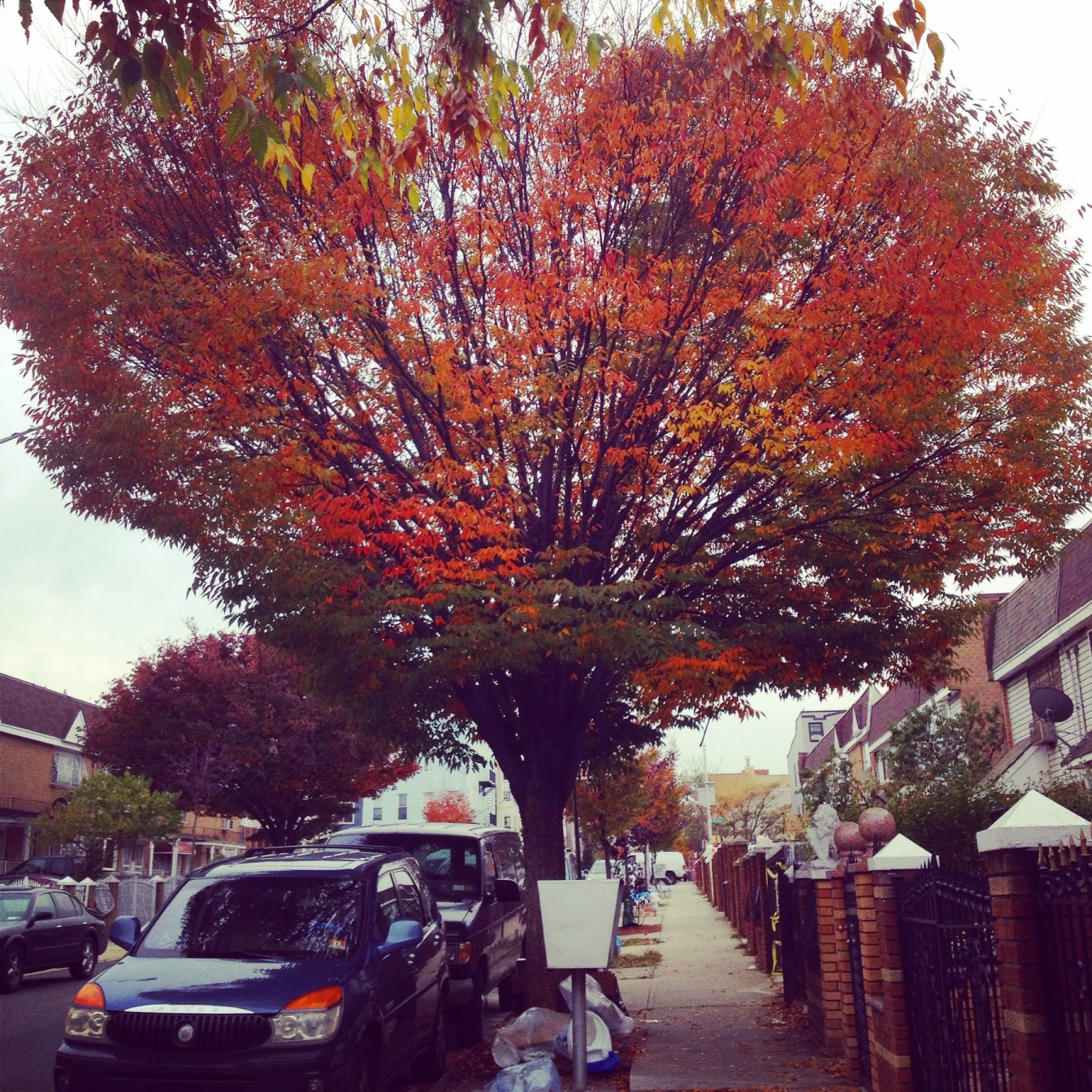 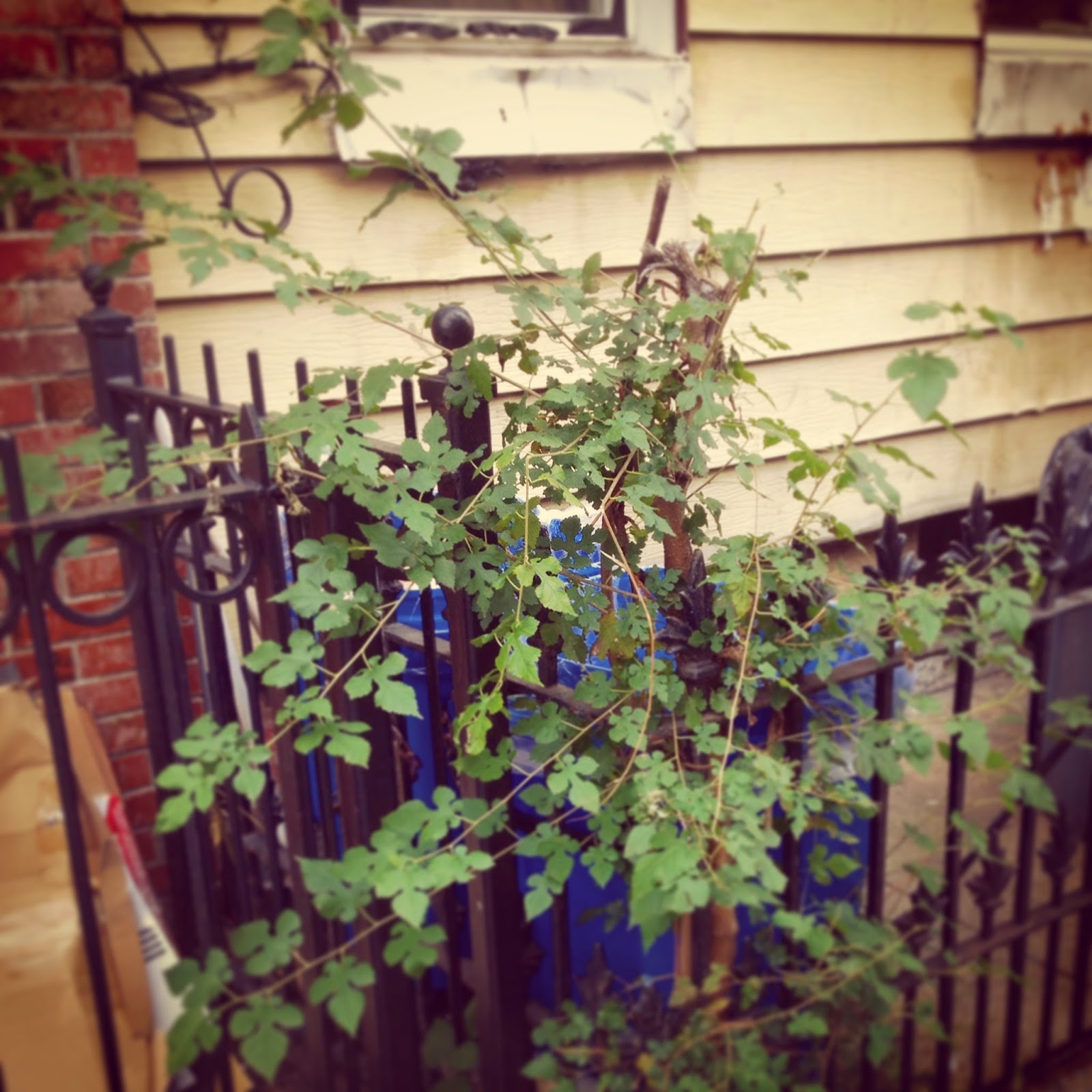 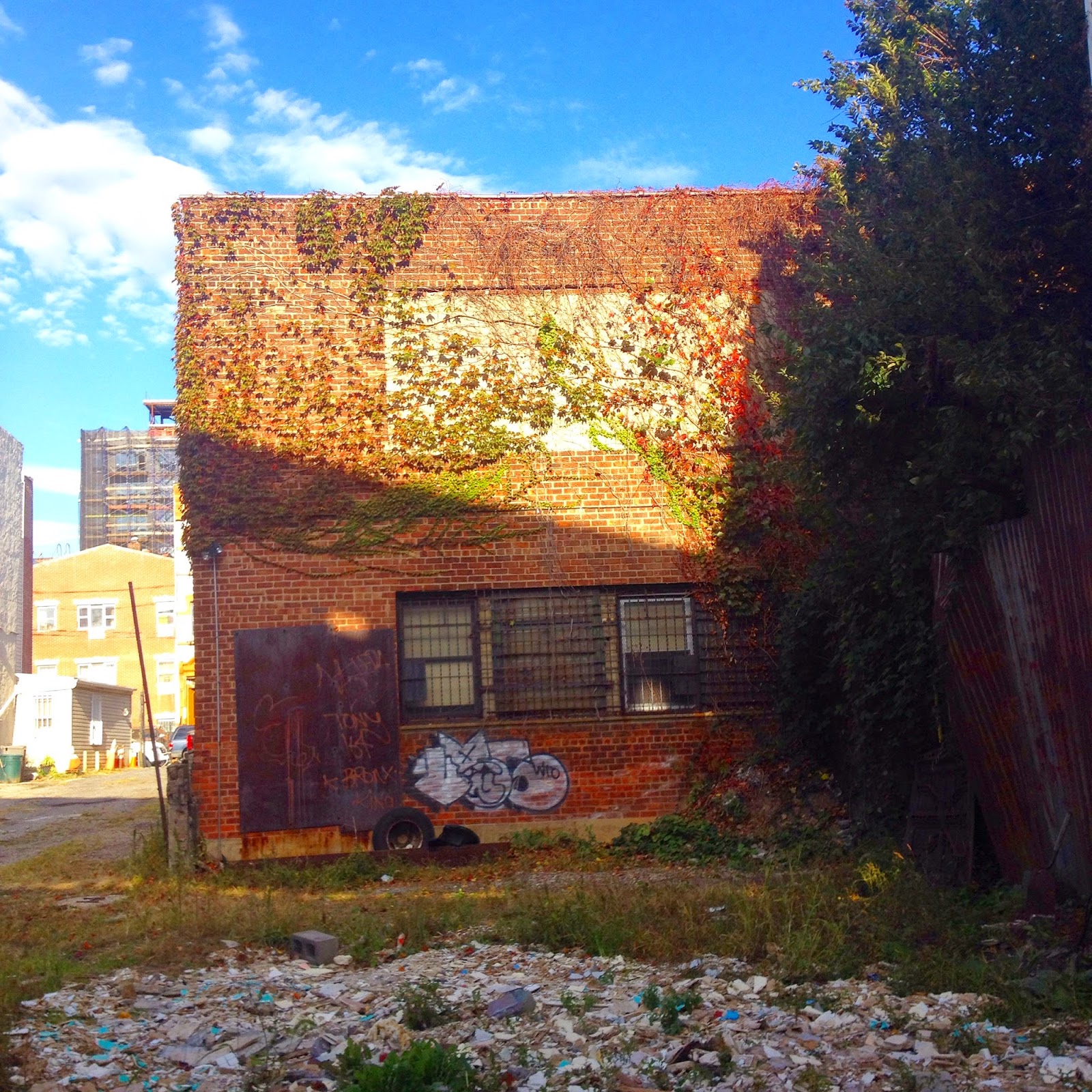 Not a tree but still beautiful 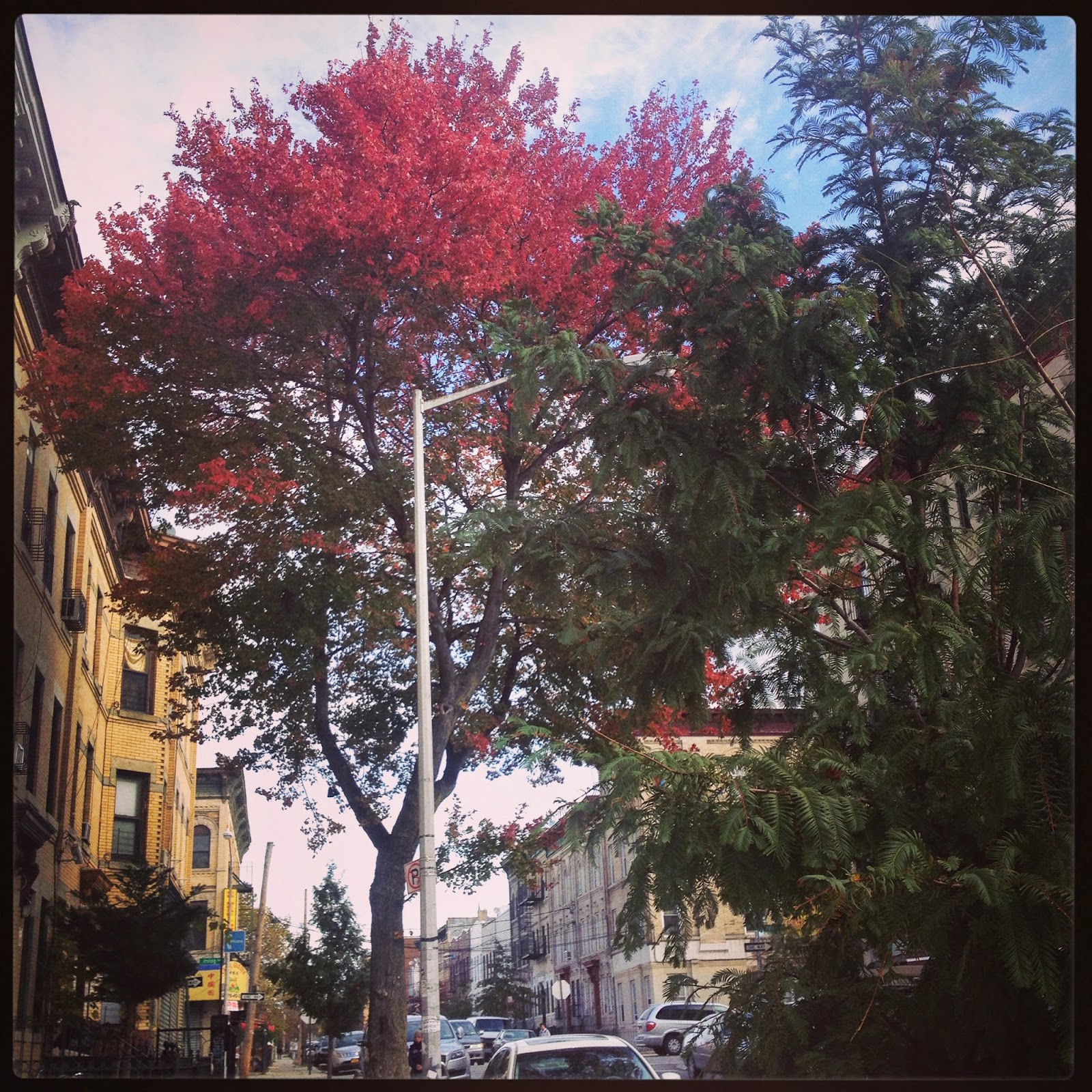 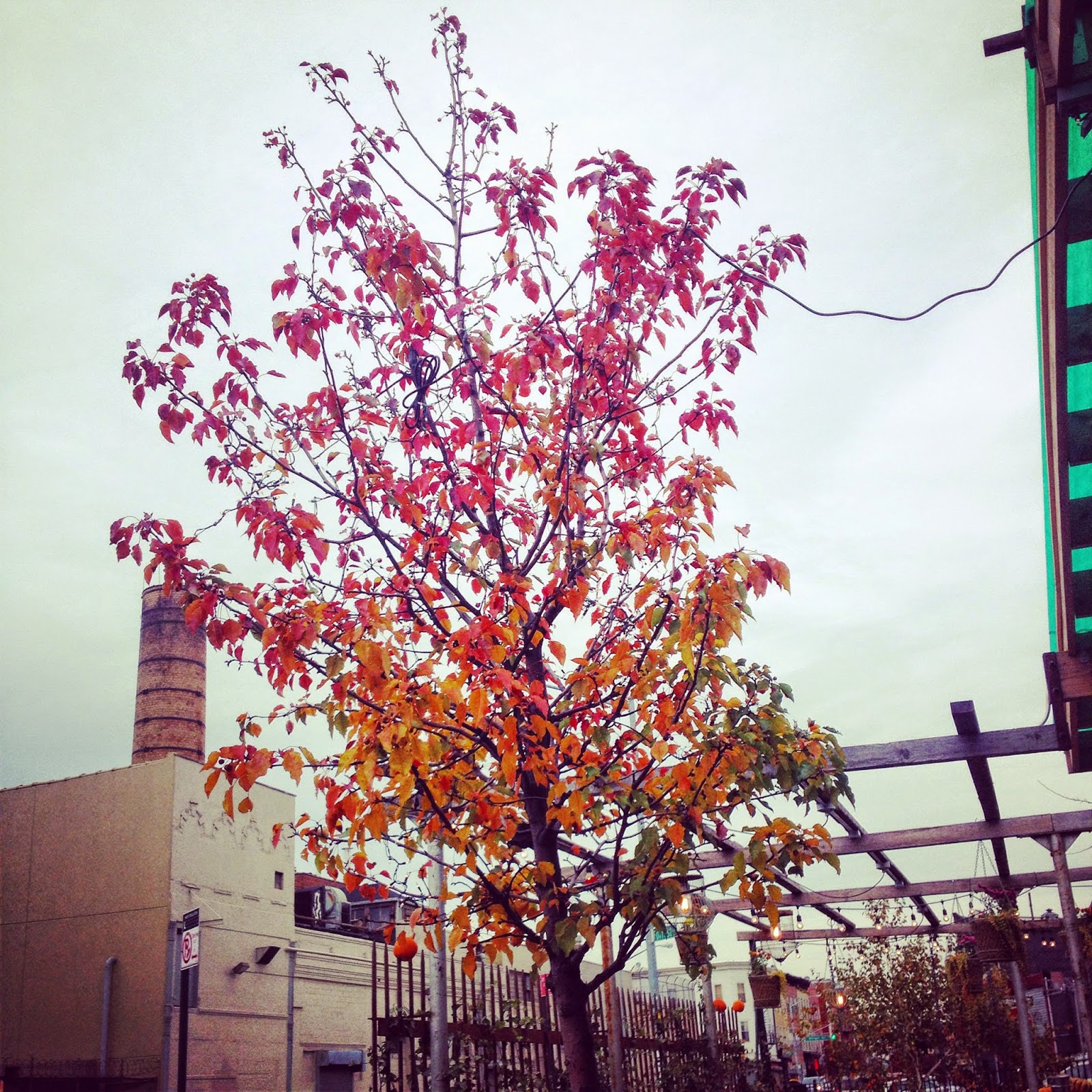 Little tree where I work... 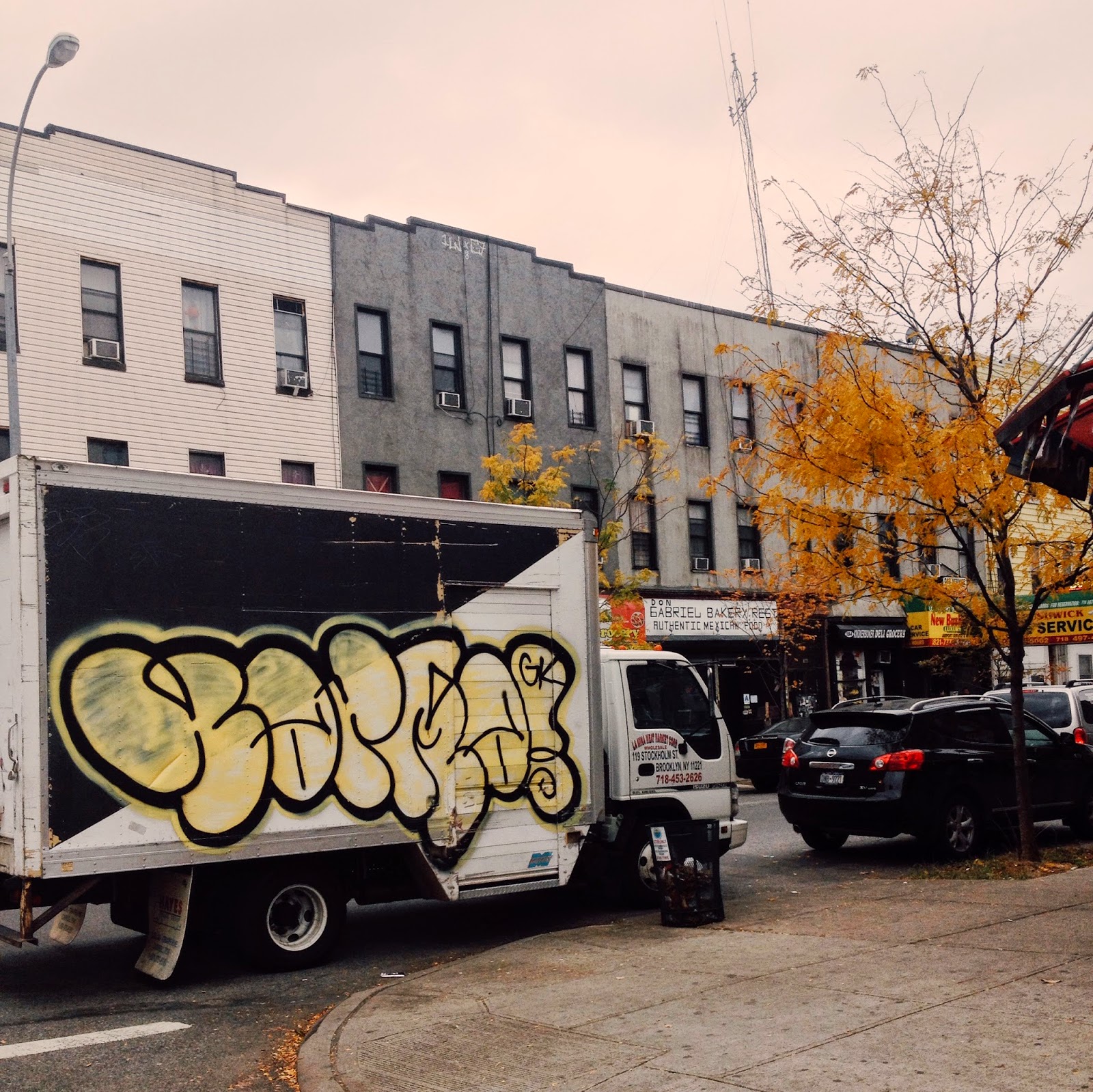 Last of the fall foliage

I began collecting weeds in the beginning of September 2014 for my beginning Horticulture class. We had to collect, press and identify 25 different weeds. I did okay, considering that three of my 25 were merely different types of dandelion and one specimen was a native plant that I unwittingly pulled from my school's flower beds. The quest for new weeds inspired the #WeedyAfternoons segment of my Instagram Take Over. Here are some weeds in action. 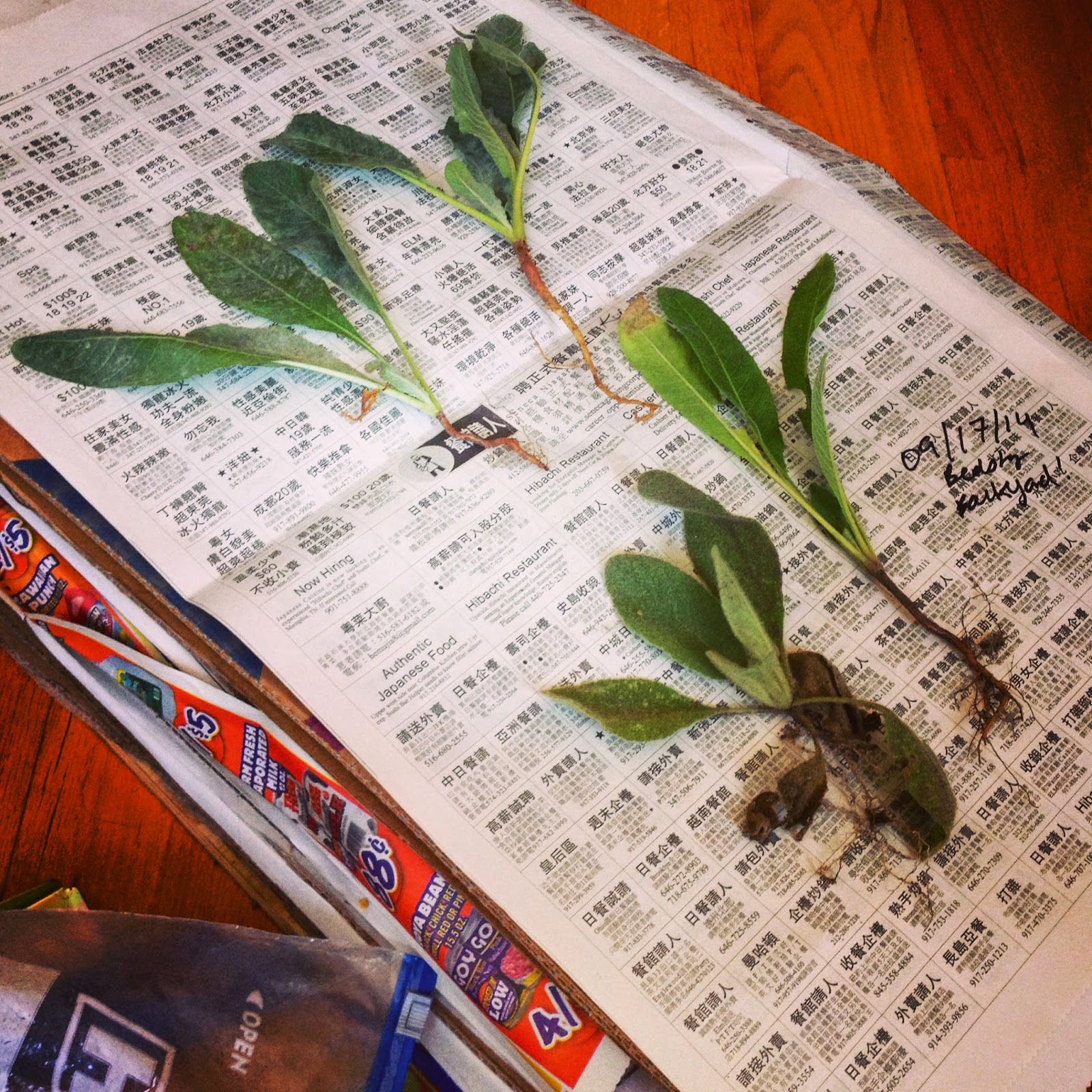 The three plants with longer leaves are dandelions, although they could also be chicory. It is hard to identify a plant before it flowers. 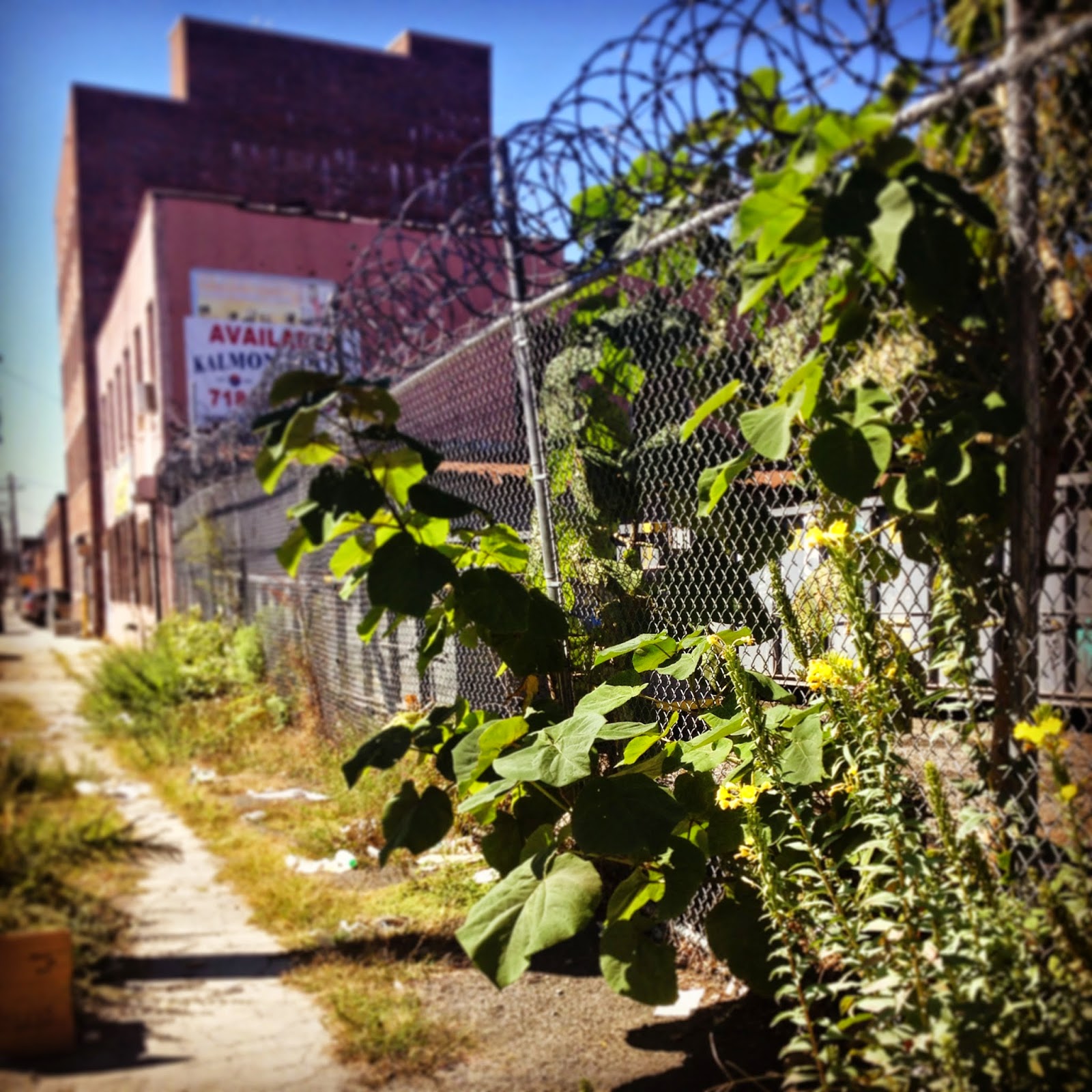 A juicy pile of weeds ripe for the press! 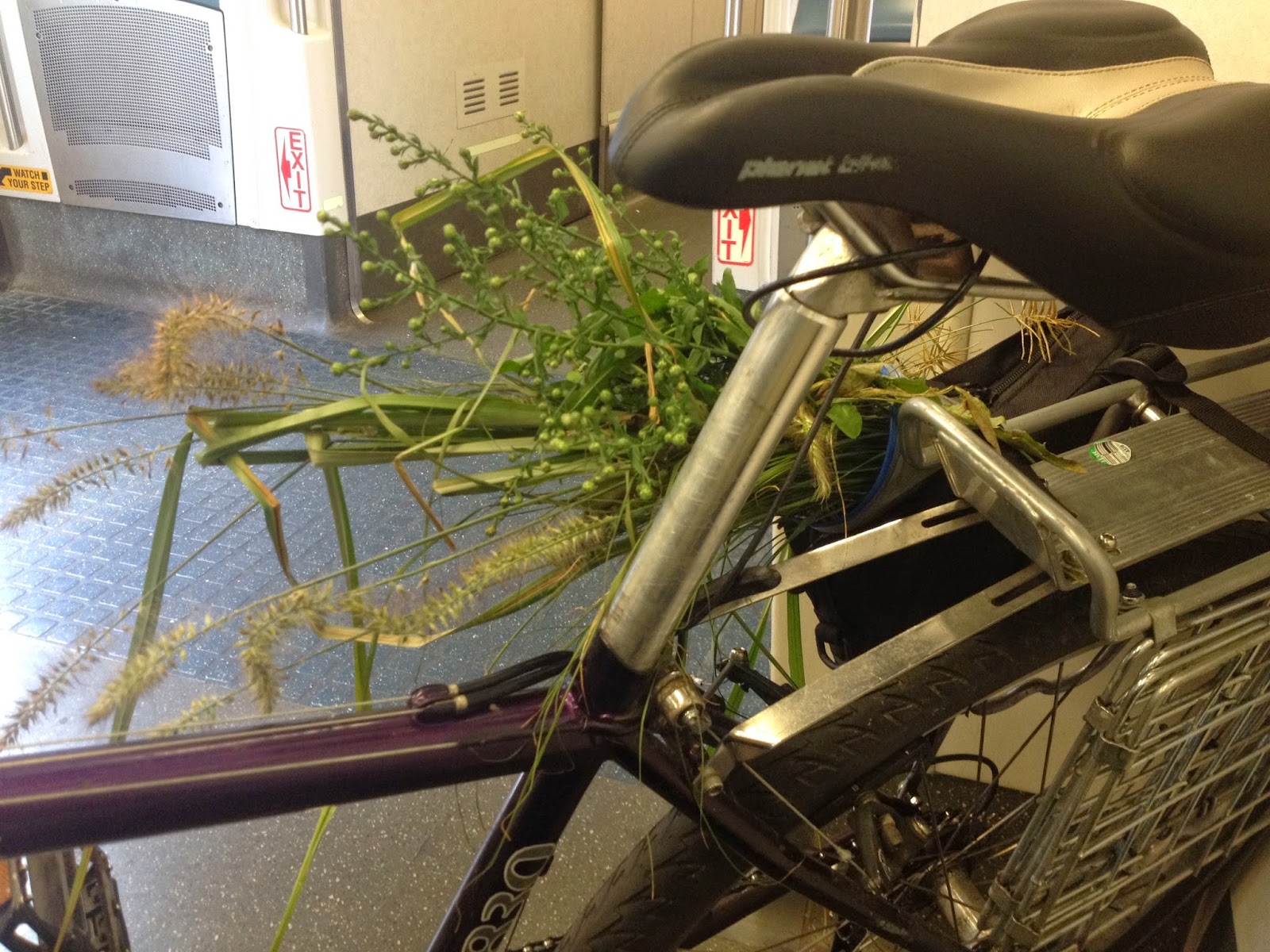 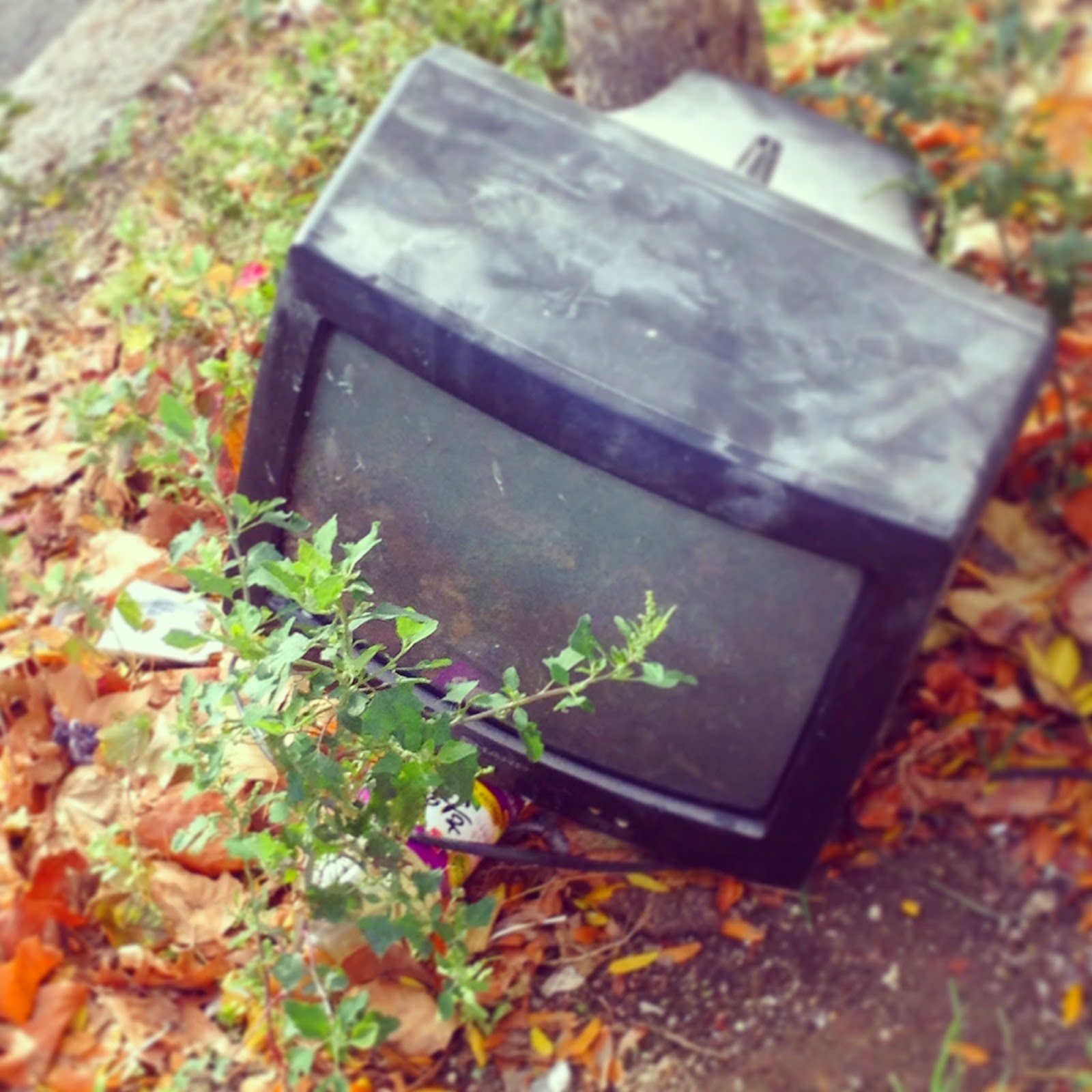 This Bushwick TV lover is called Chenopodium album, or Lambsquarters. Various species of Chenopodium are found in Bushwick and all over.Due to human interference, it's one of the most pervasive weeds on earth.
Without human manipulation of plants and land, there would be no weeds; native plants would take over and the land would return to its natural habitat. 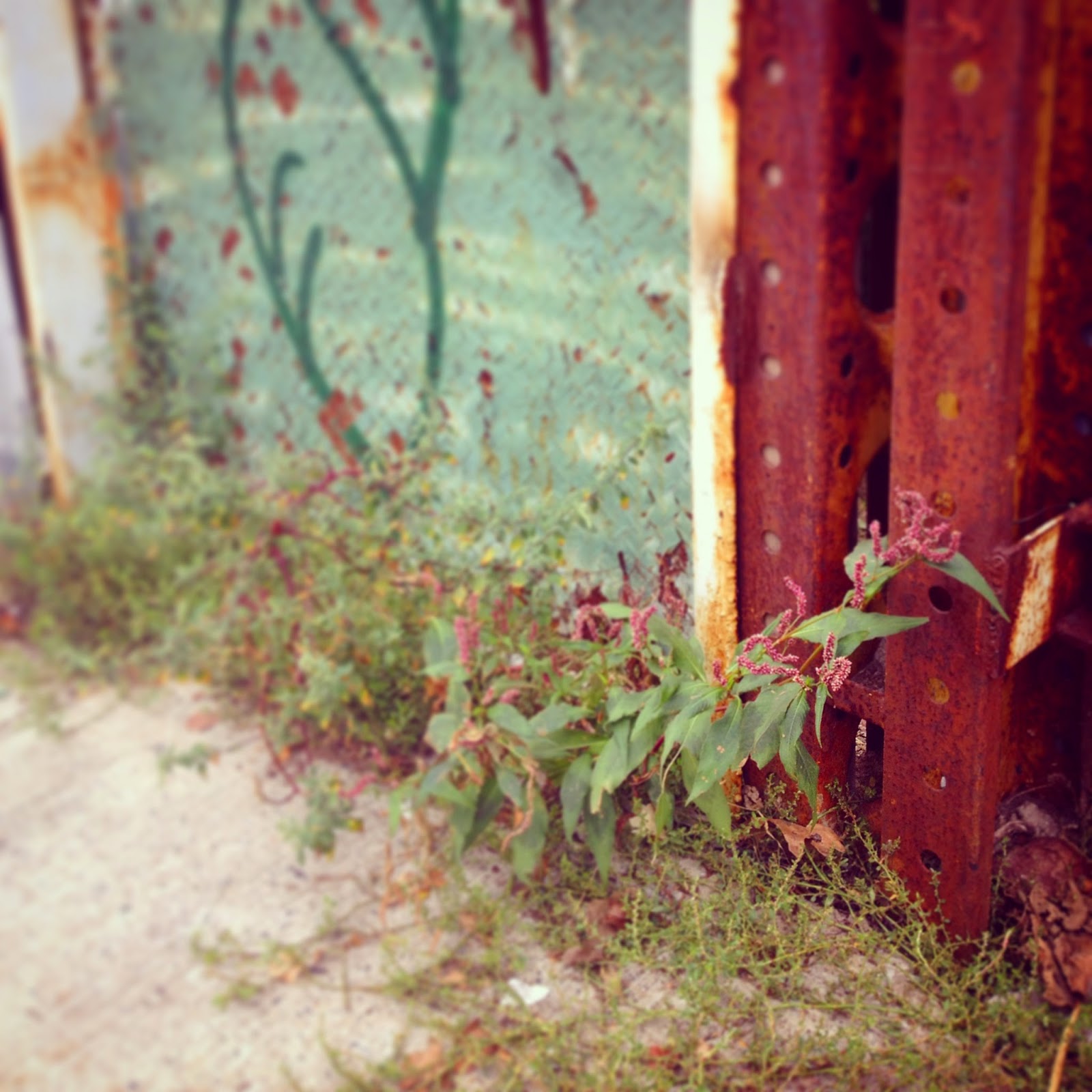 Polygonum pensylvanicum or Pennyslvania Smartweed, can be distinguished from its cousin Ladysthumb (Polygonum persicaria) by the lack of hairs on the ocrea (or sheath) that holds the emerging branches. Most Polygonums come from Japan. 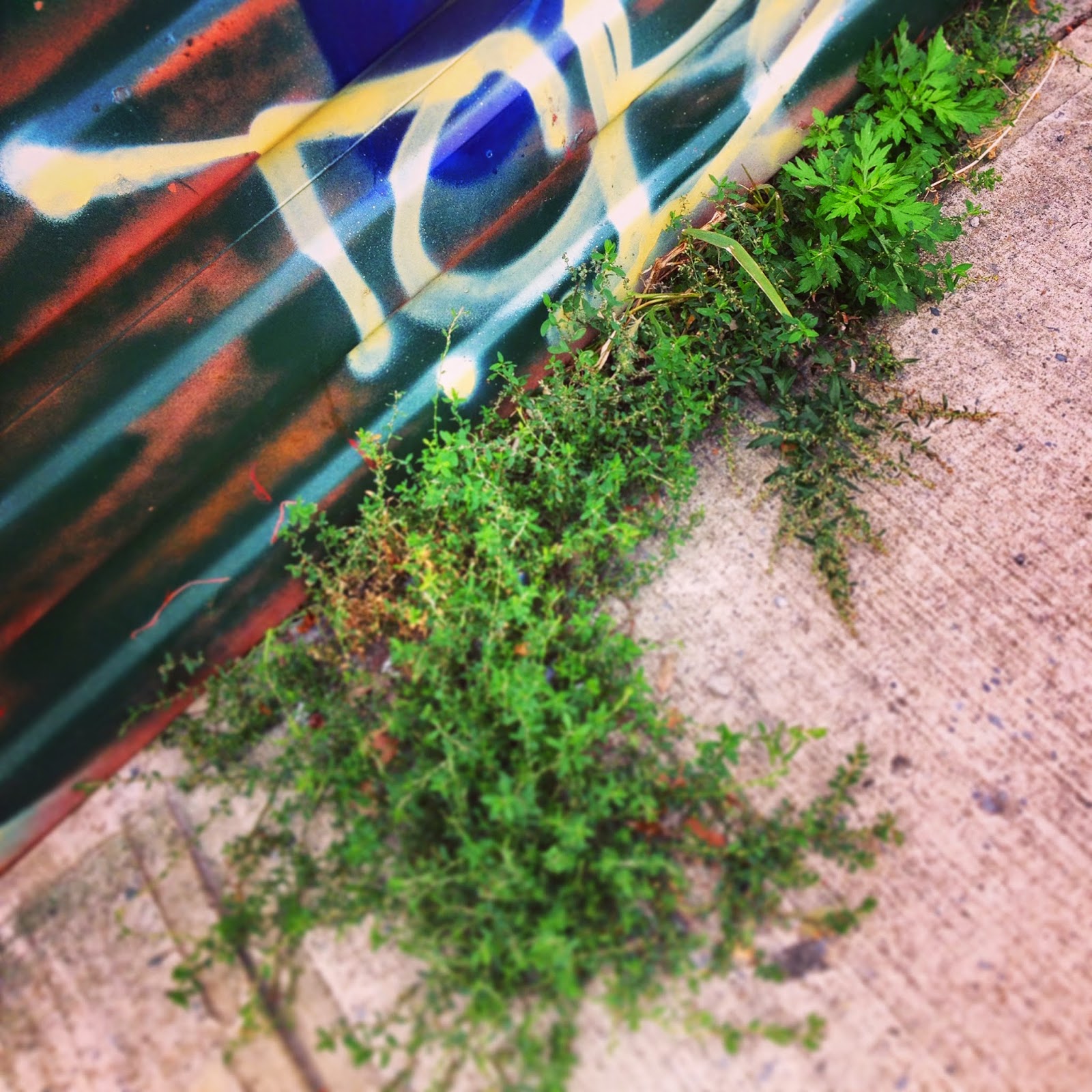 This little guy in the upper right hand corner is Artemisia Vulgaris, or Mugwort. A medicinal plant, often used to cure indigestion and menstrual cramps, Mugwort is deemed a weed simply because it is invasive, meaning, it takes over areas where other plants live. 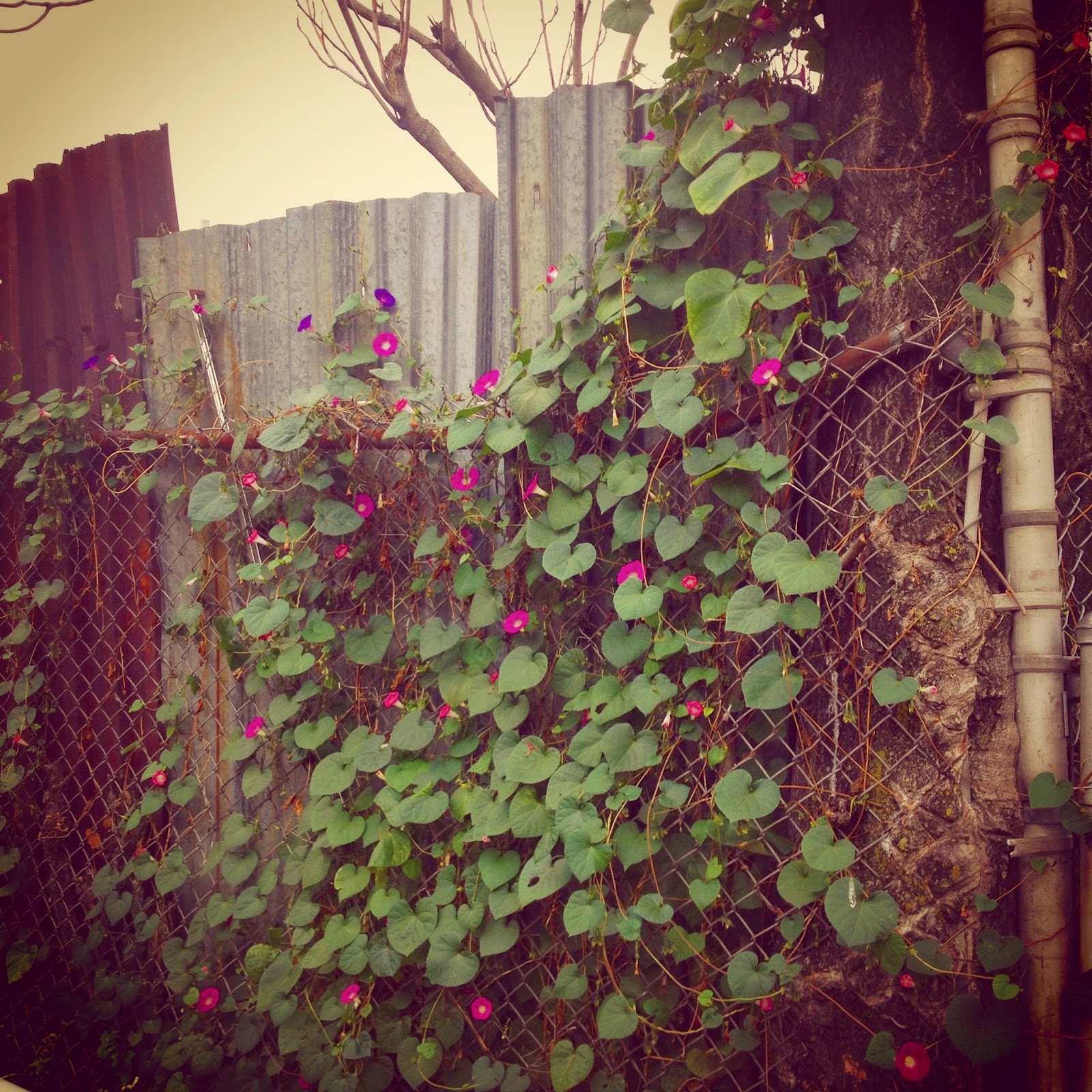 While attractive and decorative with purple flowers and heart-shaped leaves, Ipomoea purpurea can be injurious to crops and other domesticated plants. Its twining vines are difficult to remove without injuring the host. 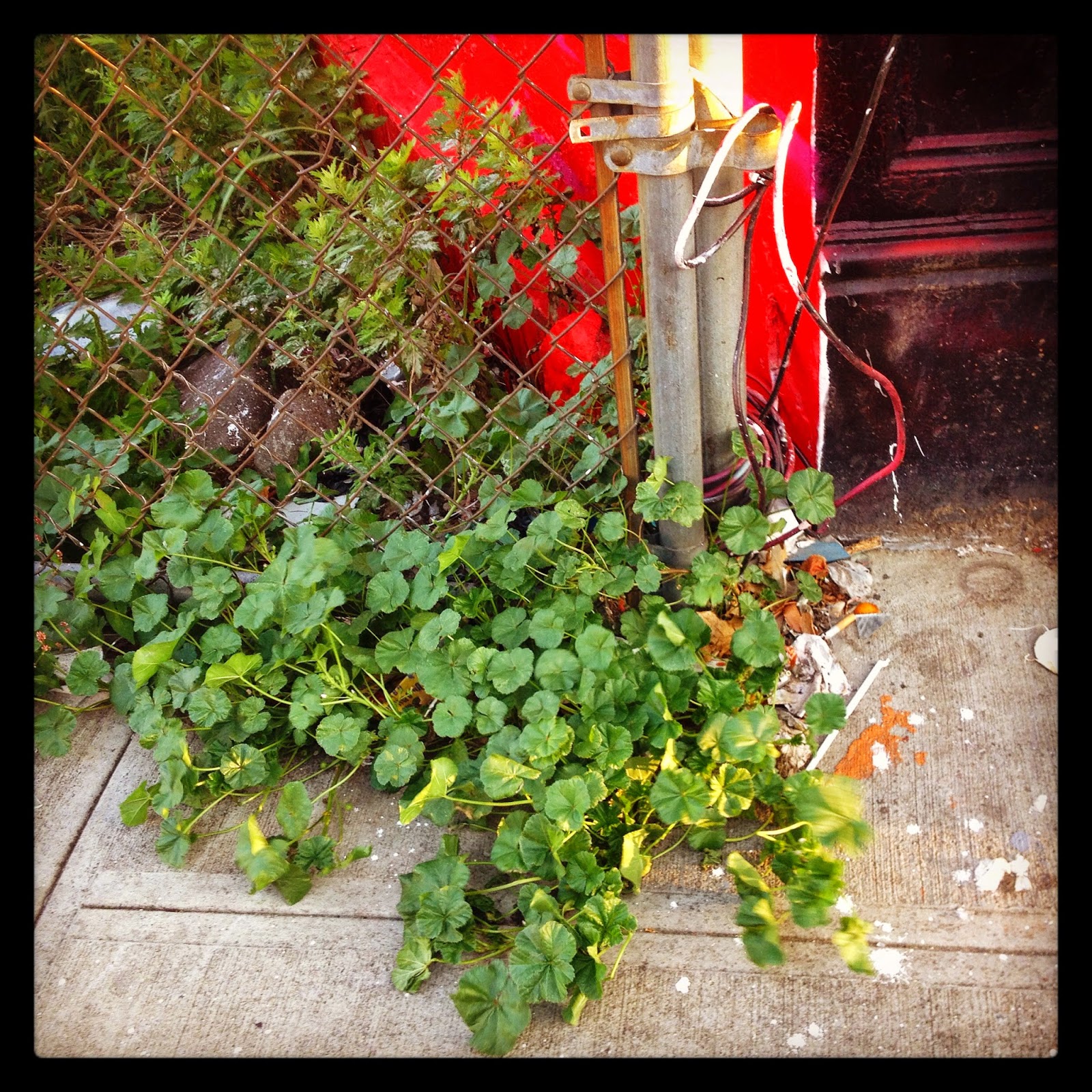 This brave little Bushwick resident is called Malva neglecta (aka Common Mallow). The weed is a winter or summer annual, with flowers present from May to October. According to "Weeds of the Northeast" (Uva, Neal and diTommaso, Cornell U, 1997), its fruits resemble "a button or wheel of cheese." 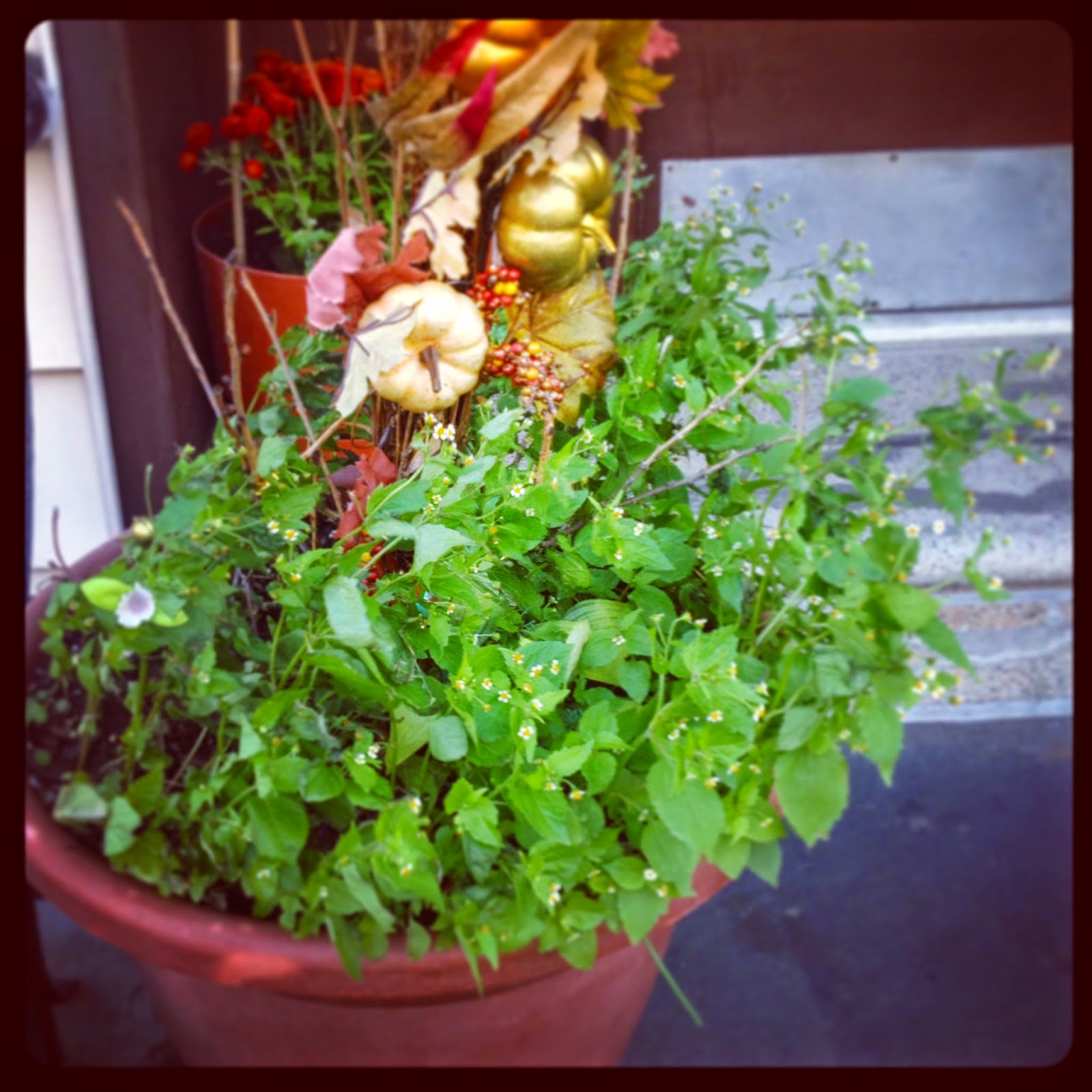 Halloween is over but not for this Bushwick party weed! Galinsoga quadriradiata aka Galinsoga ciliata aka Hairy Galinsoga aka Shaggy Soldier is an annual weed, easy to extract by hand. Be sure to pull before the seeds drop. One plant has ab 7500 seeds! 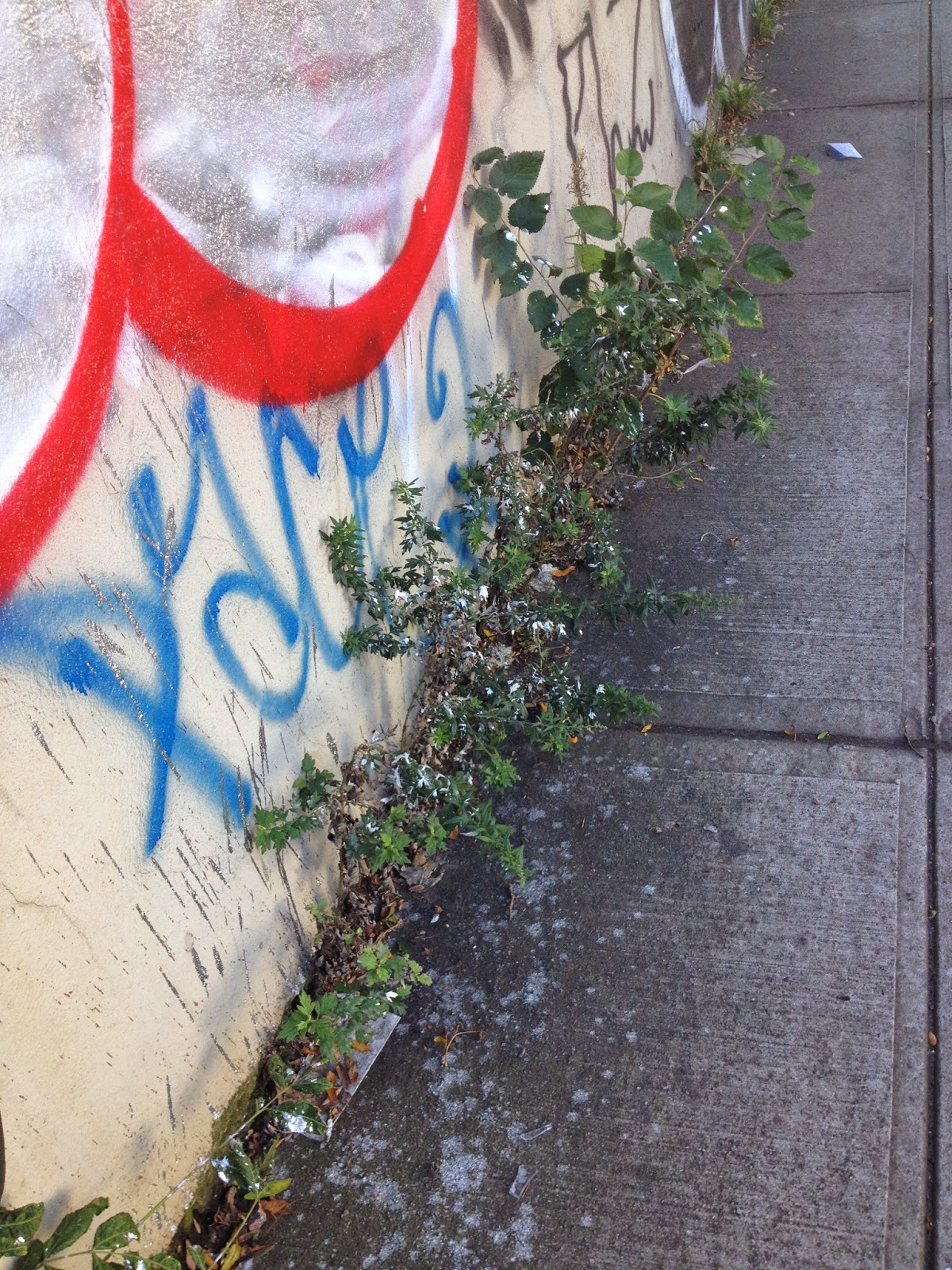 Looks like some Artemisia vulgaris and a small tree dusted with silver spray paint. 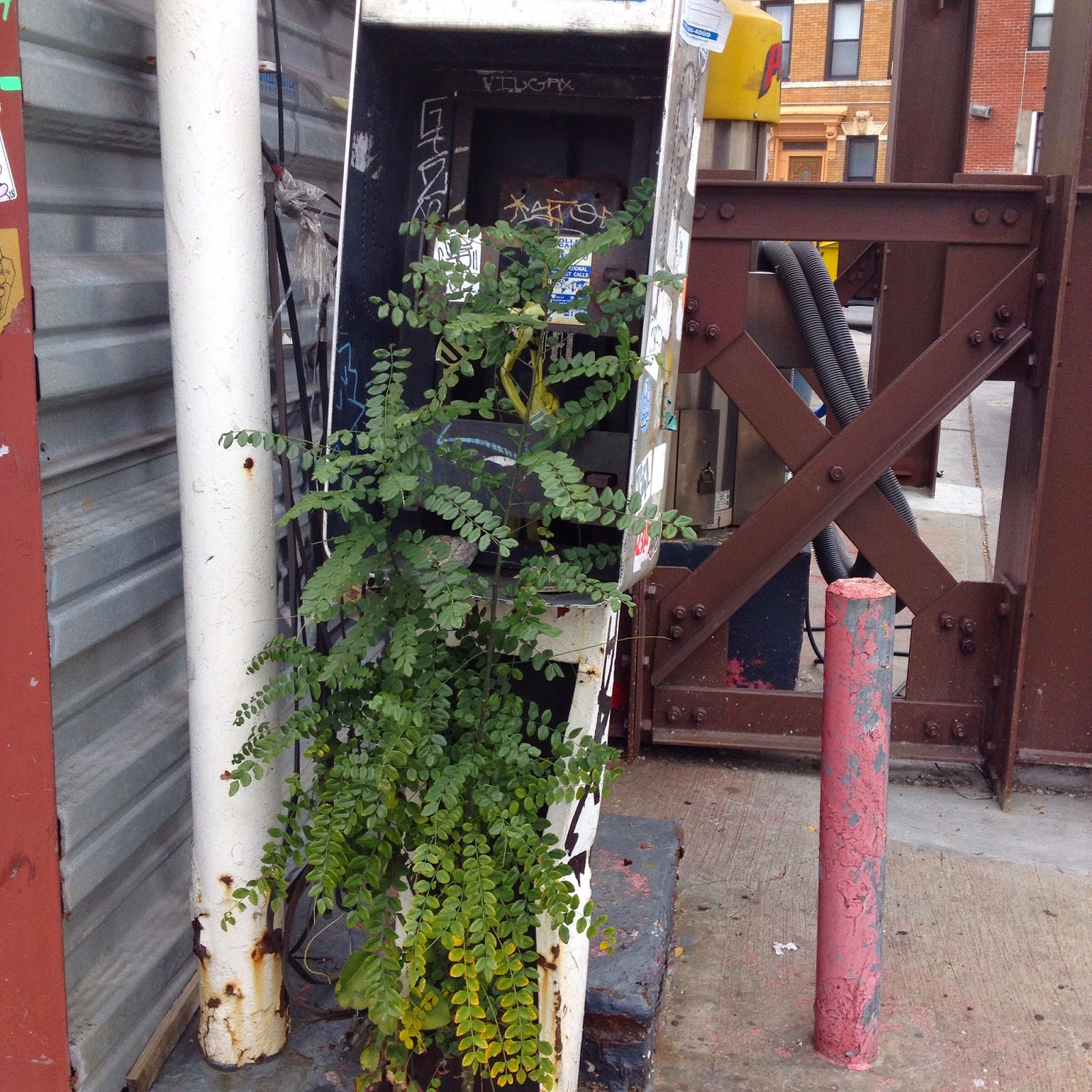 Not sure what this one is: possibly a fern growing in a phone booth? 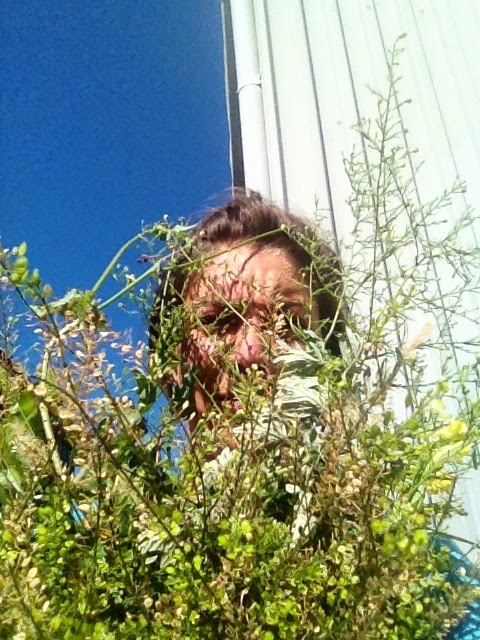 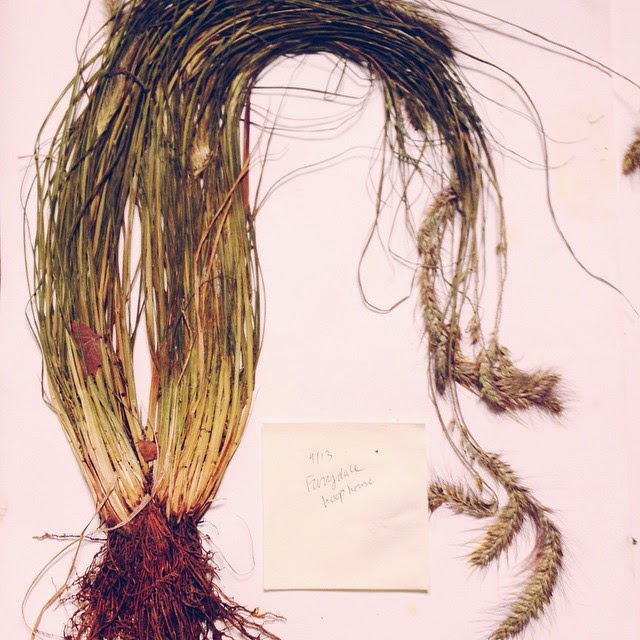 A decorative grass that easily spreads (note the numerous rhizomes and seed heads), Pennisetum setaceum can be classified as a weed depending on the gardener's intent. Here is a pressed plant laid out before the gluing and labeling process. 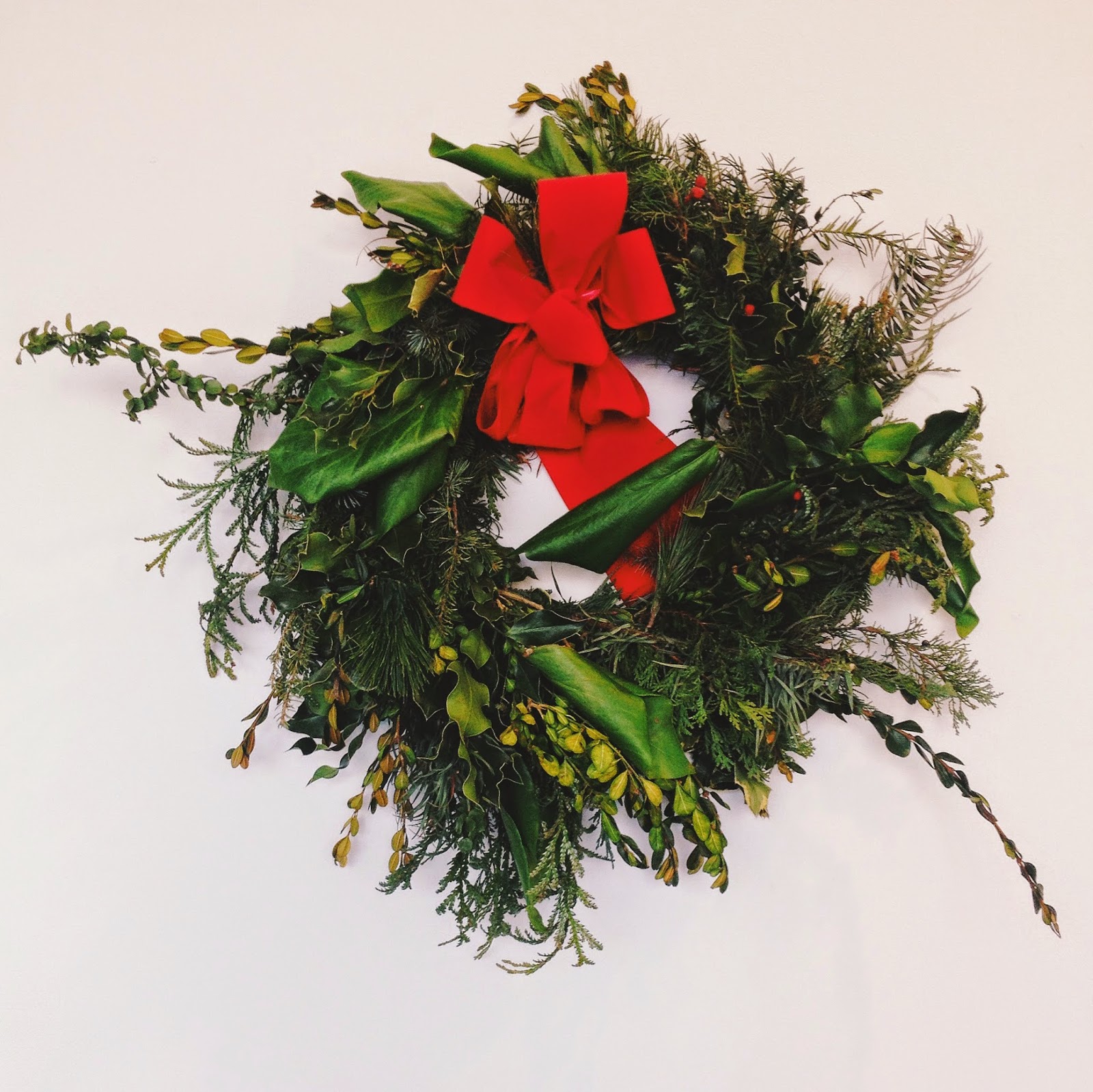 And finally, some Holiday spirit: Christmas wreaths for our final assignment for Horticulture I class. Can you tell that I was going for the textured look? Thanks for tuning in.
Labels: horticulture nature NY photography streetart