MFA Thesis Show: Below are images from the 2009 MFA Thesis Exhibition at the New York Studio School. The exhibition featured 14 sculptors and painters from around the world and the United States. In the final month leading to the show, the investigations of the past year coalesced into a single body of work. Inspired by the works of Joseph Campbell, Carl G. Jung and Sir James G. Frazer, and the art of ancient Indian, Himalayan and Native American cultures, I embarked on an exploration of the symbolic in art.

The following are collages made with materials found in my studio: paper, wood, canvas, acrylic paint, oil paint, watercolor and gouache. Some are combined with needle and thread, others with glue and string. The final pieces (Triangle Piece, Portrait of a Man, Four Corners) are the most sculptural: they begin to incorporate the wooden backing that protrudes from the wall. The Self-Portrait with Bamboo is painted on sewn canvas scraps. 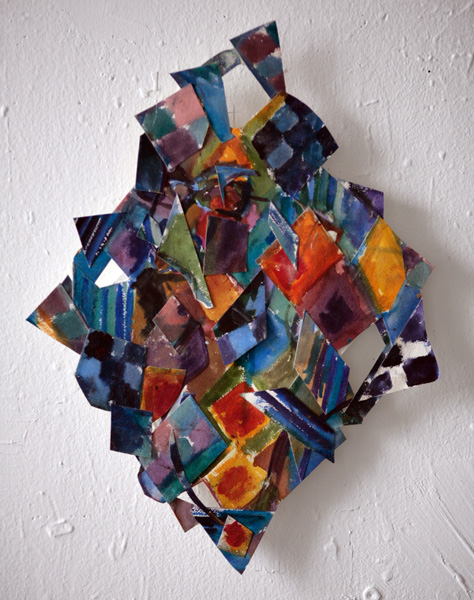 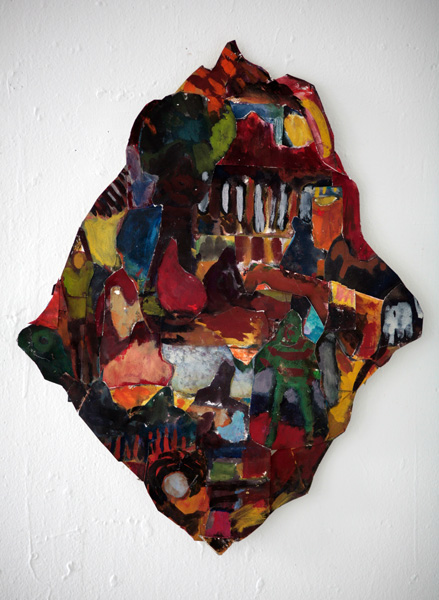 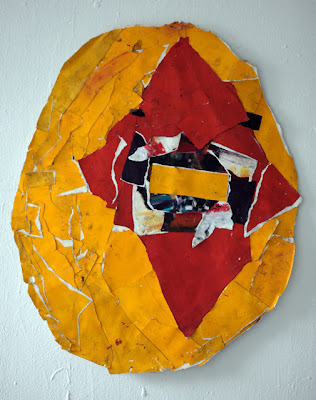 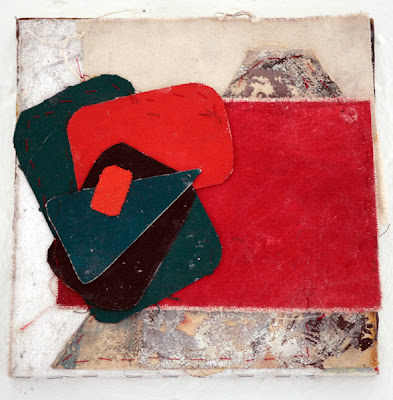 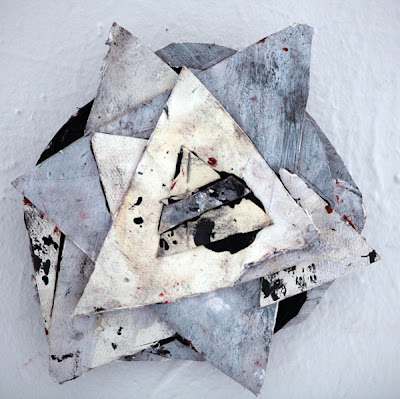 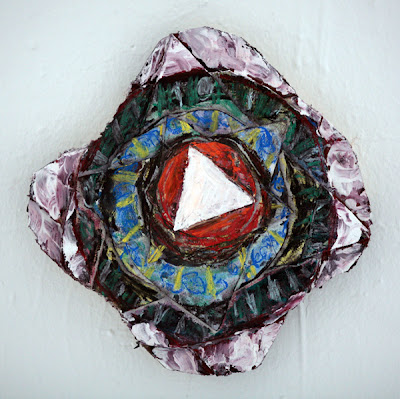 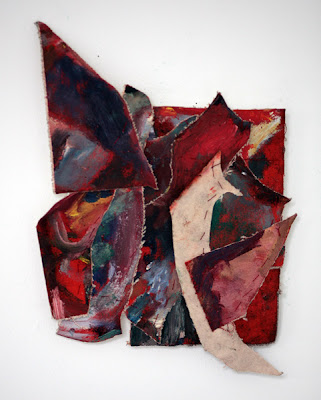 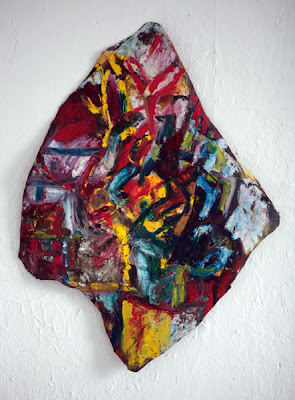 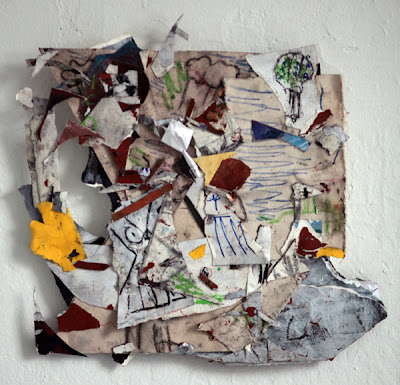 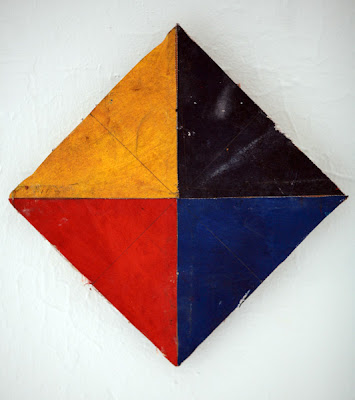 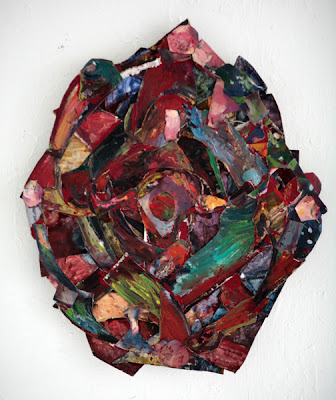 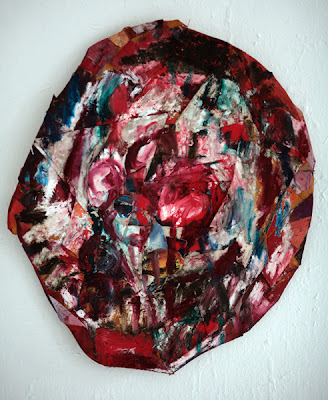 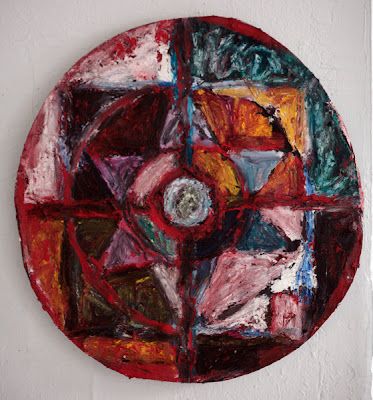 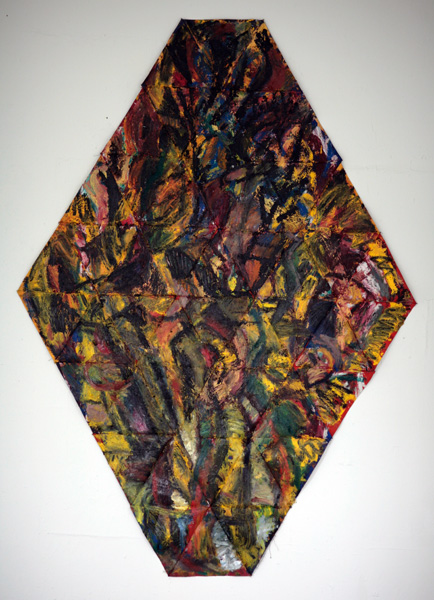 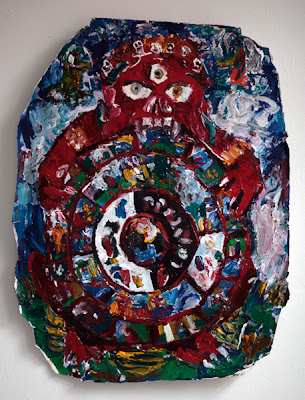 The following did not make it into the show although they relate to the other pieces. 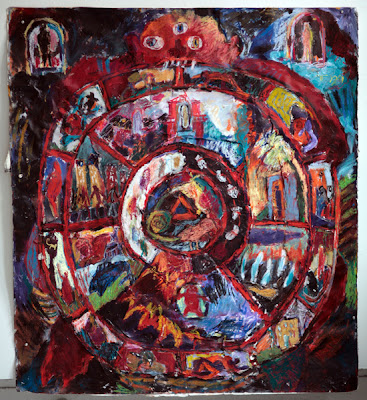 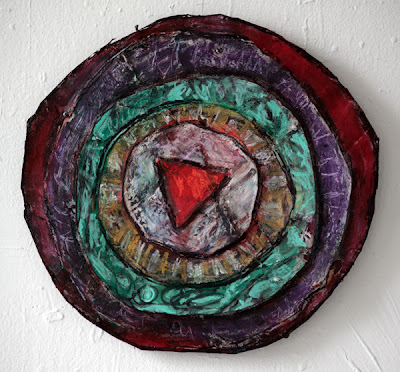 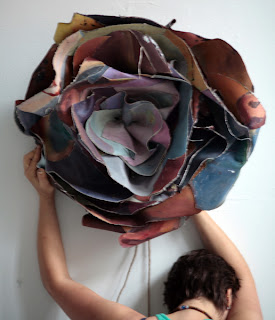 PAINTISNOTDEAD said…
Hi Ariel, I really like the collages and the feelings on it. Do you know Washington Barcala?
6:42 PM

thesis said…
Worth sharing this information. Good Workthesis | essays
2:44 AM

web content said…
Materials you share that the paper, wood, canvas, acrylic paint, oil paint, it is useful and required too!
6:23 AM

car accident attorney austin  said…
The information and the detail were just perfect. I think that your perspective is deep, its just well thought out and really fantastic to see someone who knows how to put these thoughts down so well. Great job on this.
7:25 AM

writing-essay.org/help said…
WHAT a original things! I like something unordinary.
2:38 PM