Thanks to everyone who came to the opening of my first solo show! The show is up until the end of February, so stop by if you get a chance. Also: scroll to the bottom of this post to see a video of me talking about my artwork, filmed by Joseph Taverny (of youTube's "FindingtheNudist"). 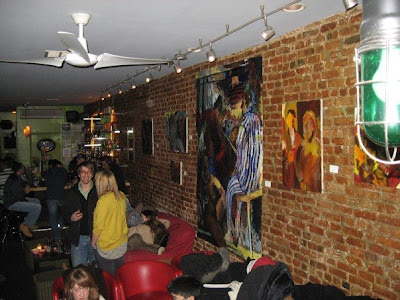 In case you missed the opening, here are some shots! 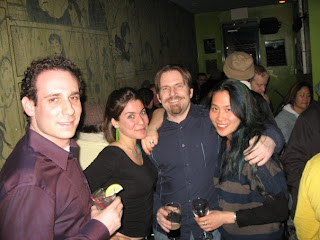 Josh, Me, John and Metta 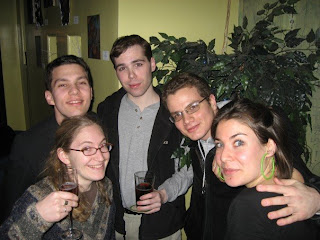 Anna, Ian, Nick, Chris-mo and I 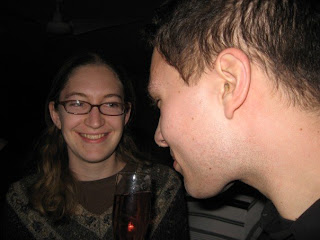 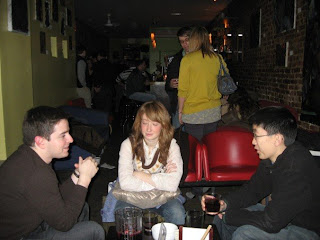 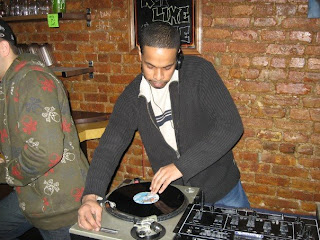 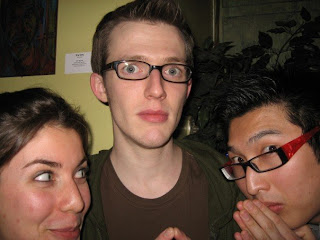 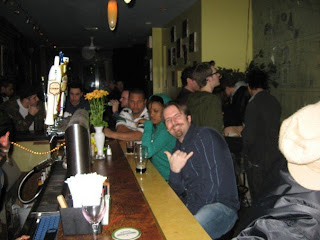 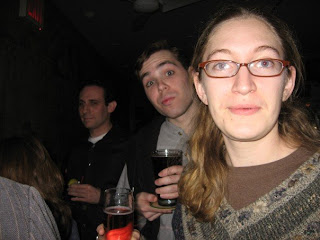 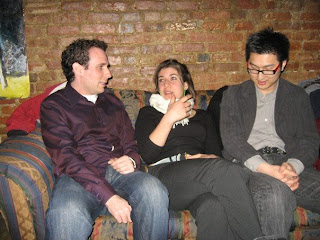 I explain something to Josh. He seems dubious. Matt grins. 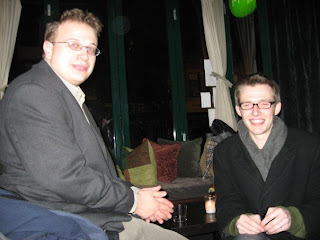 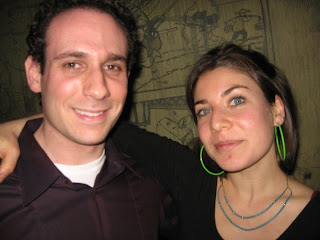 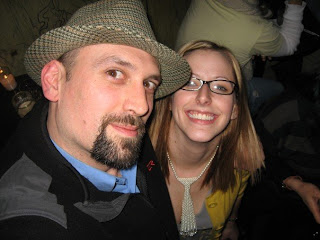 Josh and his friend 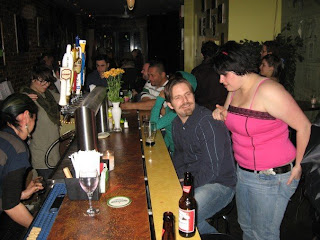 Is John picking up a lady? 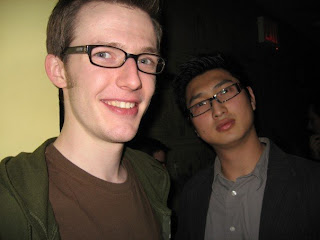 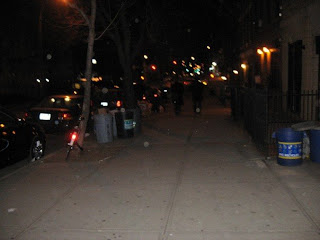 Ah, what a night!

Okay, here it is: the NATTI FINALE 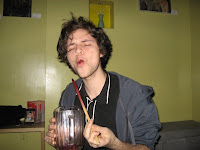 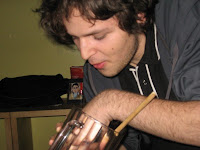 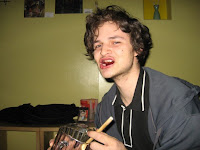 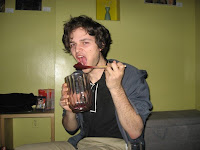 The end. Check out my show!!

Video of Ariel talking about her work at the Patio Lounge:

Anonymous said…
Your paintings are awesome. How much do they sell for? I'm going back to NY.
5:11 PM